The World Amputee Football Federation (WAFF) was first formed in 2005 at a world congress in Brazil. The invention of the game stretches back as far as 1982. The founding members were Argentina, Brazil, England, Russia, Ukraine, Uzbekistan and the USA and in 1984 Seattle hosted the first international amputee soccer tournament attended by over 8000 spectators. The game grew steadily and in 1991 the first World Cup outside of America was held in Tashkent, Uzbekistan. The World Amputee Football Federation has been actively involved in growing the game internationally. A team consists of seven players. Six are outfield players with the seventh as the goalkeeper. The outfield players have lower extremity amputations and play without their prosthesis. Movement is aided with forearm crutches. The goalkeeper has an upper extremity amputation. Outfield players are classified as players who may have two hands, but only one leg, whereas goalkeepers have only one hand, but may have two feet. In all situations except for one, matches are played with metal crutches and without prosthesis. However, a bi-lateral amputee is permitted to play with a prosthesis.

Players do not use their metal crutches to move or block the ball, but accidental contact is allowed. Where a player has used the crutch to move or block the ball, it is penalised in the same way as a handball infringement. A crutch may also not be used against another player and this offence leads to an ejection from the game. In addition, the use of residual limps to advance or contact the ball, is also not permitted. A standard FIFA ball is used, and a match normally consists of two 25-minute halves. The rest period is ten minutes. During a match, a two-minute time-out is allowed. Goalkeepers have designated areas and are not allowed to leave this area. Should it occur deliberately, the player will be ejected from the match and the opposing team awarded a penalty. The offside rule does not apply in amputee football. WAFF sponsors its own World Cup tournaments and currently has over 50 national associations as members. 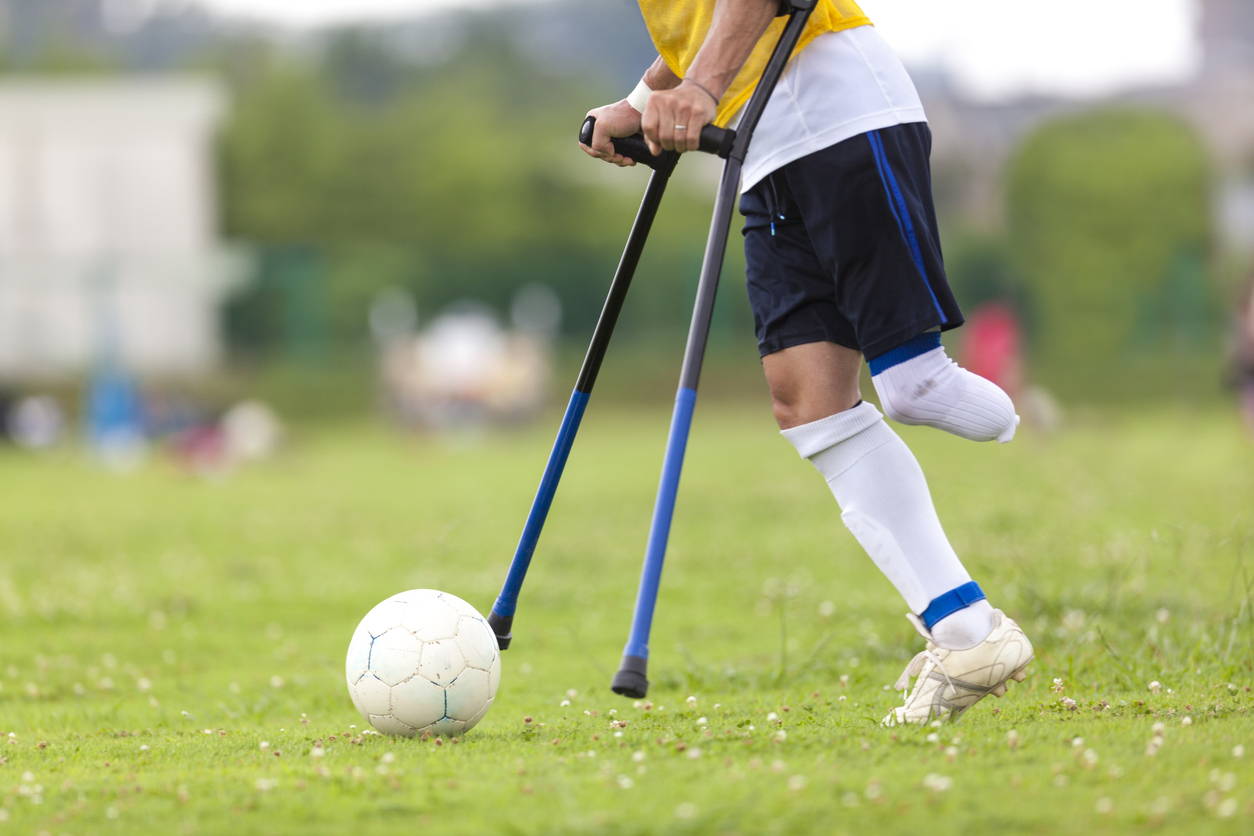