World Archery (WA) is the international governing body for the sport of archery, with their headquarters based in Lausanne, Switzerland. Currently there are over 160 member nations with a lot of further expansion to follow. World Archery sets and oversees the rules and regulations and is responsible for organising the sport within the Olympic Games, Paralympic Games and World Games, in addition to their flagship competitions like the World Cup Tour and the World Championships. WA was originally founded in September 1931 in Lwow, Poland, as the Fédération Internationale de Tir à l'Arc. The area is now known as Lviv in the Ukraine.

The goal of any sport is to be included in the Olympic Games and as was the case with archery, it featured in 1900, 1904, 1908 and 1920. It was then removed and after the first World Archery Congress, the motion was to put a request in to have the sport reinstated. It was successful and 41 years after the last representation, archery once again showcased at the 1972 Olympic Games in Munich. In 2006 the sport launched its first annual competition circuit with the aim also to stage these tournaments in iconic and memorable cities around the world. In 2011 the name of World Archery was officially endorsed after the retirement of the FITA identity. The name archery comes from the Latin arcus and represents the art and skill of using a bow to shoot arrows. A person who is an expert at archery is sometimes called a toxophilite. Evidence of early use for hunting and combat stretches back several thousand years and Asia stands out as the region where archery of various formats featured the most prominently.

After the domestication of horses in Asia and the introduction of horses to North America, it was the central tribesmen and the Plains Indians who became extremely adept at mounted archery. Large armies successfully invaded and conquered areas of Eurasia. With the development and introduction of firearms, archery began a slow decline, especially in warfare. By the late 1700s, a revival came about through the creation of several significant organisations specifically dedicated to archery. The 1840s saw further attempts in turning the creation to a popular sport. Despite a further decline in popularity in the late 1800s, it was still included in the 1900 Olympic Games. It was in the 1920s where professional engineers took an interest in the sport and set in motion new designs in the recurve and compound bow, laying the foundation for the growth of the sport that it is today. 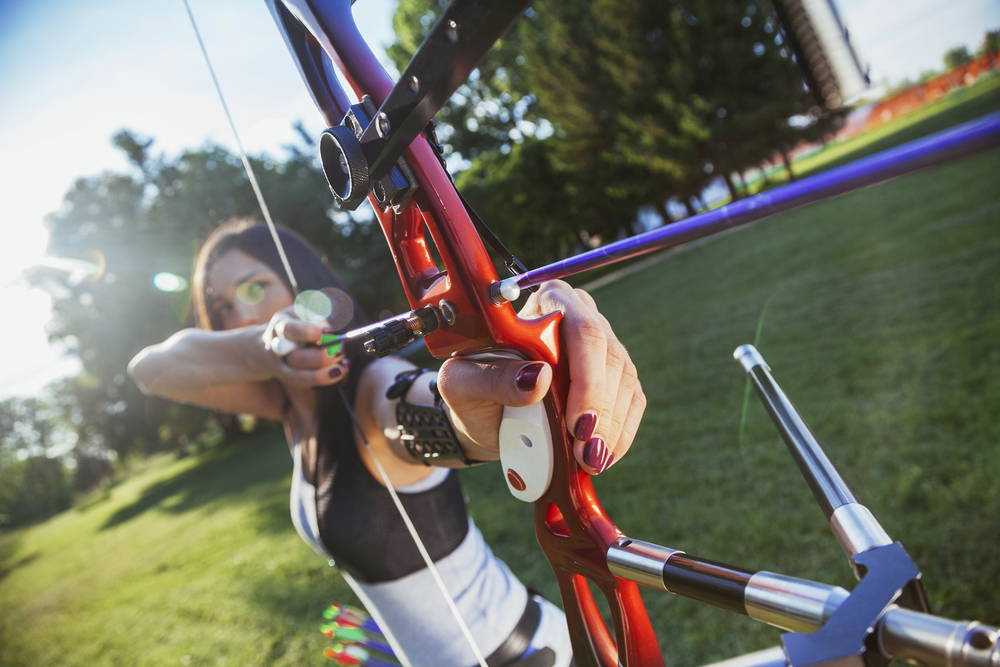