Australian Rules is a sport that is professionally played in Australia with the Australian Football League as the official governing body. Even though the sport is very advanced in the country in terms of an annual season and a league structure for both men and women, nearly 70 countries around the world in fact also play Australian Rules more on an amateur level. It goes back as far as 1857 when Tom Wills returned to his homeland after studying in England. During his studies he captained a rugby team and also played cricket. He viewed football as a way to keep cricketers fit during their off-season. With the help of three others, Wills devised a new game and the Melbourne Football Club was formed in August 1858. In the same year the sport recorded the first match between Scotch College and Melbourne Grammar School. From here the game grew in popularity and the Geelong Football Club was formed in 1859. Seven years later an updated set of rules was published that also paved the way for a competition to start. Several new clubs joined the competition and up until 1987, the league had a line-up of 12 teams. This was expanded to 16 teams by 1997 and with the Gold Coast Suns and Greater Western Sydney Giants joining in 2011, we have the 18-team national competition in existence today.

There have been British tours to Australia mainly between 1888-1914. The game was introduced to England by overseas students studying medicine in Scotland. They travelled down to England to play and in April 1888, the Edinburgh Australians played a match against the University of London in Balham. During World War I in 1916 a match was played at Queen’s Club in London between Australian Army teams. The longest running Australian Rules fixture outside of Australia is the varsity match between Oxford and Cambridge with the first match featuring in 1921. The International Rules Series between Ireland and Australia is a senior men’s international rules football competition played biannually in November after the AFL Grand Final and the All-Ireland Football Final. The matches are played using a set of compromise rules decided by both the governing bodies.

Australian Rules or Aussie Rules is a contact sport played by two teams on an oval-shaped field, which can also be a cricket field. The teams have 18 players each and points are scored by a player kicking the oval-shaped ball between the middle goal posts (six points) or between a goal situated behind the goal posts (one point). Players can position themselves anywhere on the field and can use any part of their body to move the ball. Primarily this is done through kicking, handballing and running the ball. While running a player must intermittently also bounce the ball. Aussie Rules has the highest television viewership and spectator attendance of any sport in Australia. With such a popularity, sport fans look forward to other nations embracing a professional league structure that will eventually bring about a World Championship tournament. 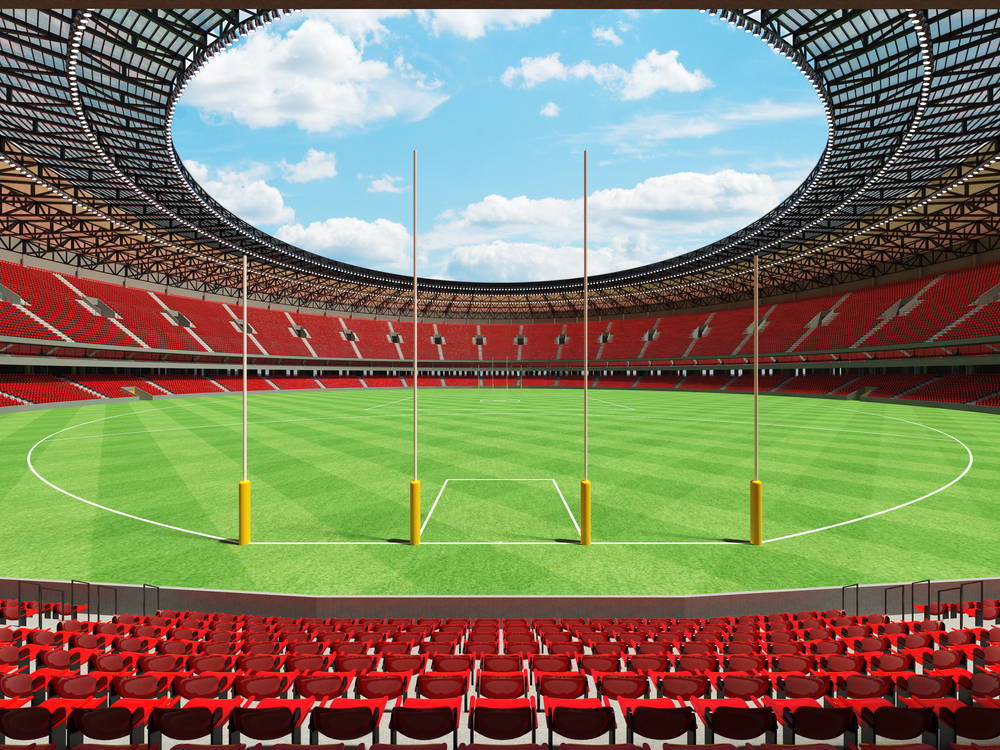 Details of next event to be confirmed