The Fédération Internationale de Basketball (FIBA) is the highest authority overseeing the management and growth of the sport of Basketball. FIBA defines the rules, oversees the final decision on equipment and facilities required, and organises competitions on a national, regional and international level. The regions include Africa, Americas, Asia, Europe and Oceania. Each of these regions are also regulated by their own governing authority. FIBA also maintains a strong presence within the regulation of player transfers across countries. In 1932 basketball became an officially recognised sport by the International Olympic Committee and two years later FIBA was formed in Geneva. Prior to that, the sport was controlled by the International Amateur Handball Federation. The original founding members were Argentina, Czechoslovakia, Greece, Italy, Latvia, Portugal, Romania and Switzerland.

The organisation moved to Munich in 1956 and then returned to Geneva in 2002. The current headquarters are in Mies, Switzerland. The Naismith Trophy is the pinnacle of the men’s competition in the form of the FIBA Basketball World Cup played every four years. The FIBA Women’s Basketball World Cup was introduced in 1986 and in 2009, FIBA announced two further World Championships for junior age groups. The newest global competitions announced by FIBA include a three-player half-court variation. The FIBA 3x3 U18 World Championships were inaugurated in 2011, and a year later the FIBA 3x3 World Championships for seniors followed. The FIBA Intercontinental Cup was launched in 2013 and is a World Club Championship for men.

Basketball is a team sport of five players played on a rectangular court. The primary objective of each team is to shoot a basketball through the defender’s hoop, while the defending team aim to prevent that by blocking or intercepting a throw. The ball is 24 cm in diameter and the hoop is 46 cm in diameter. The hoop is mounted 10 feet high to a backboard. Shooting a basketball through the hoop is known as a field goal and is worth two points, unless made from behind the three-point line, which is three points. During a foul, play is timed out and a player can receive one or more free throws, which count towards a point. The sport has grown to become one of the most popular and widely viewed in the world. 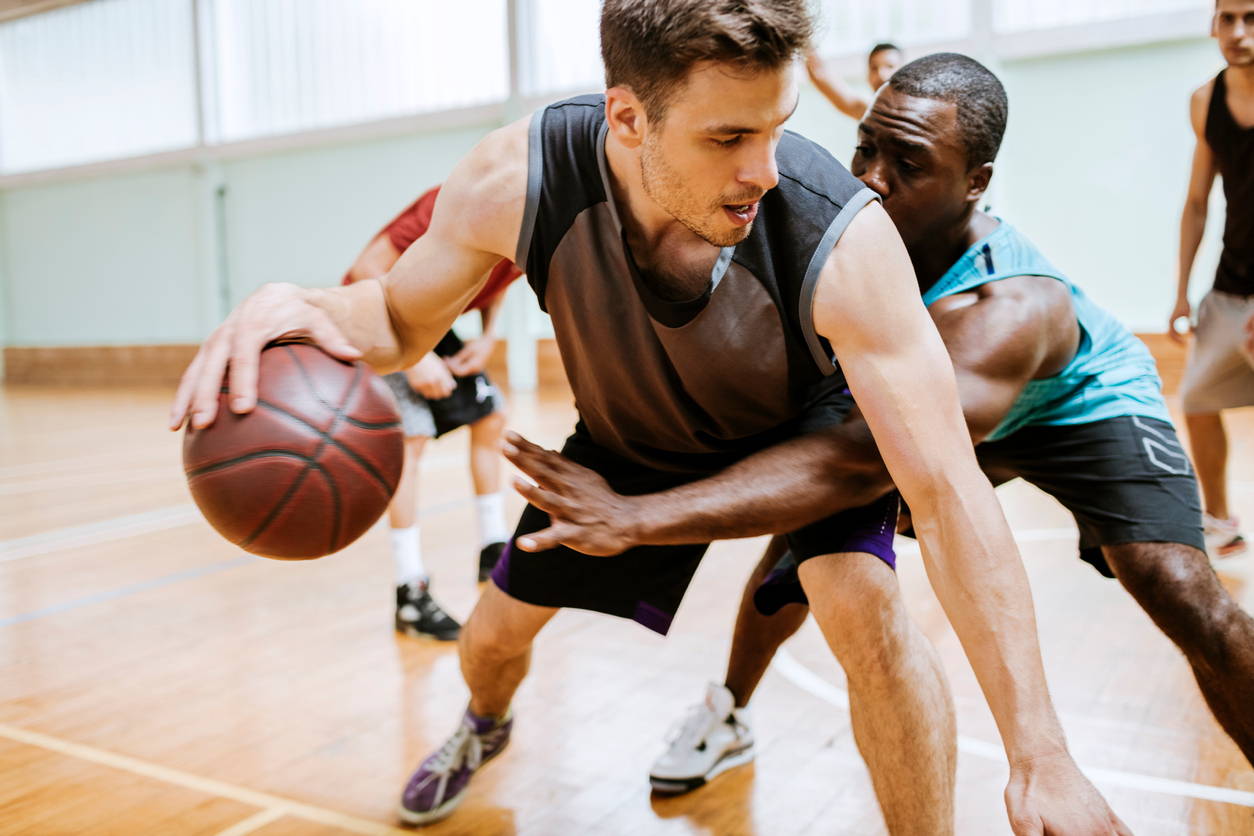