The racket sport of tennis is already world famous played by millions recreationally or professionally and is equally a very popular spectator sport. The International Tennis Federation (ITF) is the highest sanctioning authority and world governing body for the sport, first established in 1913 as the International Lawn Tennis Federation (ILTF). With a global presence, ITF is affiliated with over 200 national tennis associations and six regional associations. An American lawyer, Charles Duane Williams, born in 1860 in Pennsylvania, is widely regarded as the prime mover behind the formation of ILTF. The federation was established in Paris at the headquarters of the Union des Sociétés Françaises de Sports Athlétiques and was attended by twelve national associations. Three nations could not attend but were included in the distribution of voting rights. The rights were awarded based on the considered importance of the individual nations. The Lawn Tennis Association based Great Britain was awarded six votes.

ITF works closely in partnership with two organisations responsible for managing professional tennis around the world. These are the Women’s Tennis Association (WTA) and the Assocation of Tennis Professionals (ATP). ITF oversees the management of the four Grand Slam tournaments. These are the Australian Open, Roland Garros, The Championships and the US Open. In addition, there are annual team competitions for men (Davis Cup) and women (Billie Jean King Cup). Tennis is an Olympic sport and ITF also oversees representation both at the Summer Olympics and the Paralympics. The federation has their headquarters in London, England.

One of the fastest growing sports is beach tennis and the International Tennis Federation are very much involved with the development and organization of the sport worldwide. In addition to a world tour, ITF also oversees the World Championship normally held in the latter part of each year. Beach tennis is played in over 50 countries around the world with the popularity being the highest in Italy, Spain, and Brazil. It is a favourite among all age levels and with the playing surface being soft sand, it provides a good cardio workout with the added benefit of not being too strenuous on the knees. The rules are based on tennis, with the difference that the ball cannot touch the sand. This means that the game is entirely made up of volleys, making it much faster than traditional tennis. A point starts when the ball is served and eventually hits the sand. The objective is to hit the ball once to ensure it gets over the net. This often means that players dive to reach the ball in a similar fashion to volleyball. The tennis ball is also depressurized to ensure it moves slower through the air. The court is an equivalent size to a beach volleyball court. 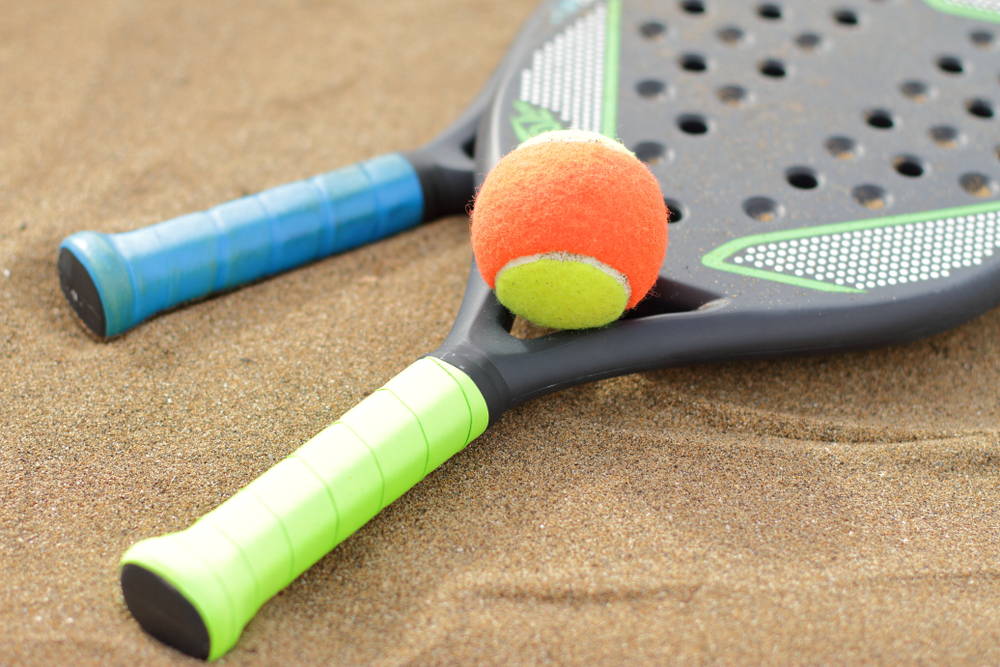