The sport of bodyboarding originates from an ancient form of surfing performed by Polynesians lying on their stomachs, but how many centuries this date back to is unclear. The boards that were used were called ‘alaia’ and riders would either lie flat, sit on their knees, or in more rare occasions stand up. The boards were made of Acacia koa and were made in various shapes and sizes (3 to 6 ft) to accommodate specific riders. The wooden alaia boards then made way for the more modern Paipo boards that were mainly made from fiberglass. For some of these modern boards, fins were also added.

A rider chooses a board specific to their own height, their weight, and their level of expertise. Over the years, three styles of riding a bodyboard have developed. These include prone, dropknee, and stand-up. Prone is for riders who prefer bodyboarding on their stomachs. To change direction and move the board left for example, the rider places their left hand on the front left corner, while the right hand holds the board midway down the right side. The opposite is true when moving right. Dropknee is technically more difficult and gained huge popularity in the 80s and 90s with famous names displaying incredible skills during competitions. The board a dropknee rider uses does not have fins underneath, giving them an opportunity to make 360 spins both forward and back. The position for a rider is to place their preferred fin forward, while the opposing knee is placed on the bottom end of the board with the fin dragging in the water. To hold a line in the water, the rider leans from side to side along the rails of the board. The less popular style is standing up on the board performing tricks near the front or in the air.

The International Bodyboarding Corporation (IBC) is a nonprofit organisation that represents and promotes bodyboarding across the world at all levels from grassroots development through to professional world tour events. IBC is based in Antofagasta, Chile. 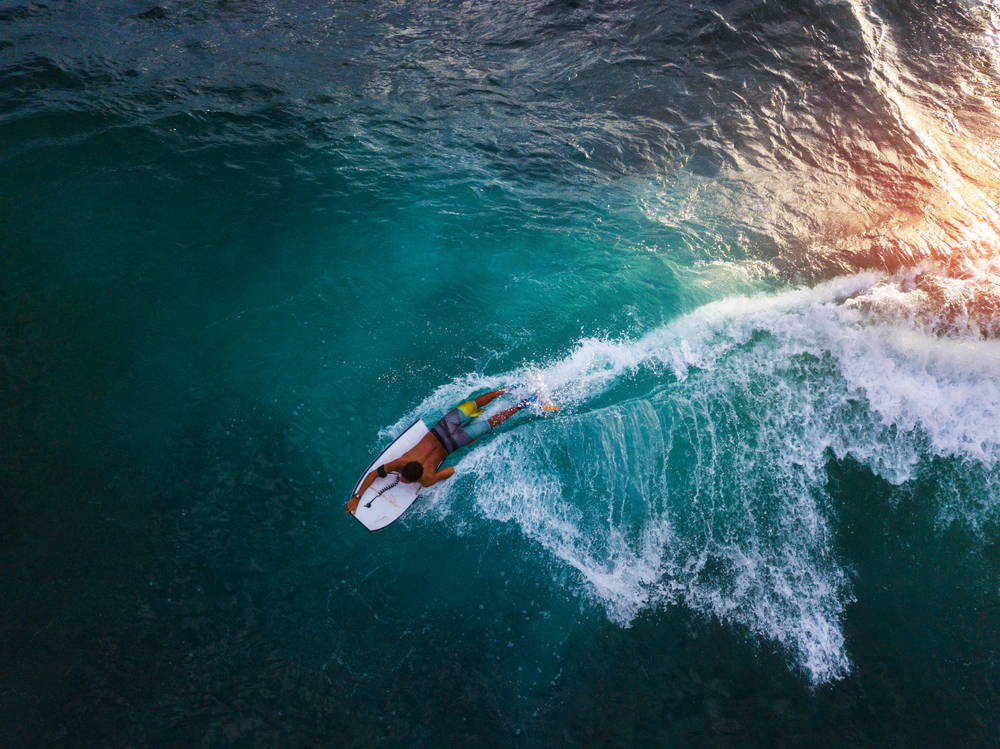