If you have a snorkel and a pair of flippers, you are eligible to take part in the annual Bog Snorkeling World Championship normally held in August in Wales. The venue is the dense Waen Rhydd peat bog located not far from Llanwrtyd Wells in mid Powys. The town is very small, but each year competitors are welcomed from all over the world to compete in this incredible sports events. Apart from the required snorkel and flippers, competitors have the option to wear a wetsuit. The trench is cut through a bog peat and the requirement is to complete two consecutive lengths without using conventional swimming strokes. Competitors must rely on flipper power alone. The length of the course is 55 metres, and therefore the required length to win the competition is 110 metres. 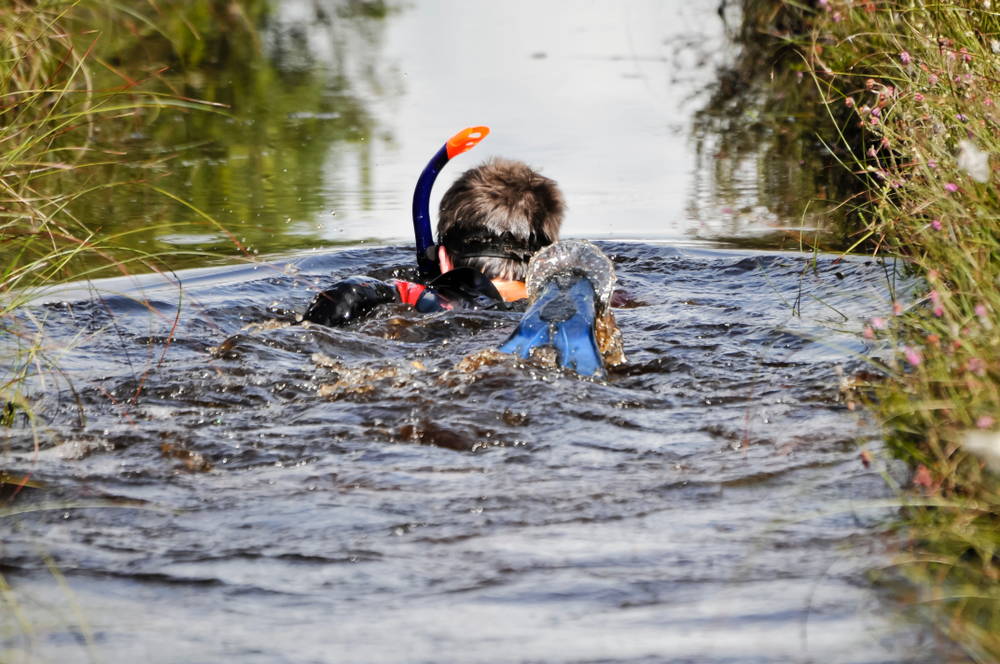