Jeu provençal is also known as game of Provence, or boules of Lyon. The more recognised international name today is Boule Lyonnnaise and forms part of the family of boules sports. The game originates from the 18th century and was mainly played around the area of Lyon, France. It was from Boule Lyonnaise that a very similar sport called Pétanque originates. The latter has a smaller court, and a player throws the ball standing within a circle. With Boule Lyonnaise, the official rules state the court must measure 27.5 metres in length and between 2.5 to 4 metres in width. The clear play area must be 12.5 metres and 7.5 metres at each end. One end is the landing zone, and the other is where the player stands and throws. Another key aspect of the sport is that a player can do a short run-up before rolling or throwing the boules. The objective is to score points by throwing or rolling boules closer to the target than your opponent, after all the boules have been thrown. The target ball is called the jack.

When the jack is thrown, it must land at least 12.5 metres away from the player. One can also hit your opponents’ boules and therefore move them away from the target. The game can be played anywhere, but the best surface area is hard dirt or gravel. In Boule Lyonnaise each player has four boules. These can vary in size and in weight. This is mainly due to the composition and to accommodate the player. In the modern era boules tend to be made of metal with bronze the preferred choice. These can weigh anything between 900 to 1200 grams and must be centrally balanced. The jack, on the other hand, is mostly always made of wood.

In 1906 the Fédération Lyonnaise et Régionale was established and a year later, the sport pétanque split off to form their own sport and governing body. In 1933 the Fédération Nationale des Boules was formed, which then became the Fédération Française de Boules almost nine years later. Following the Second World War, four regional delegations approved the formation of the Fédération Internationale de Boules (F.I.B.) in April 1946. These four federations are Africa, America, Asia/Oceania and Europe. A milestone was reached a year later when the first international competition was hosted in France. Apart from overseeing the rules, player welfare, competitions and maintaining the integrity of the sport, the focus is to continue to grow awareness worldwide. 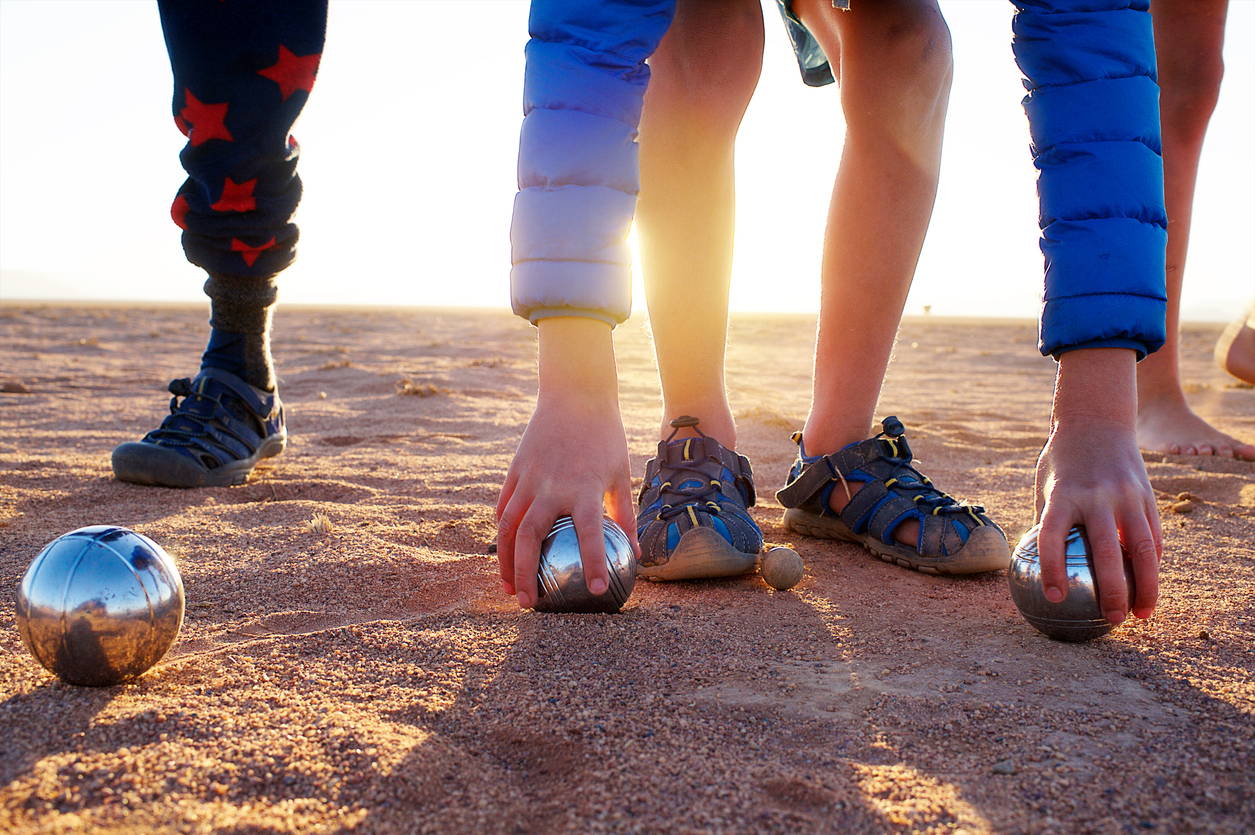