The card game of Bridge, or also known as contract bridge, is a member organisation of the International Mind Sport Association (IMSA). It is also one of the most popular card games in the world, normally played in clubs and now also more online. It is played by two competing partnerships, with partners sitting opposite each other around a table. Bridge consists of deals, with each one broken up into four phases. First the cards are dealt to the players, followed by a ‘bid’ in an auction to take the contract. The ‘bid’ (also ‘call’) specifies how many tricks the two players (also the declaring side) receiving the contract need to take to receive points for the deal. It is during the auction that the players attempt to reveal information about their hands, e.g., the number of suits and the overall strength. When the cards are then played, the declaring side will attempt to fulfil the contract, while the defending side will aim to stop the declaring side from achieving their goal. Scoring is based on the number of tricks taken, achieving the contract, and other factors that are based on the versions of the game that is played, e.g., rubber bridge and duplicate bridge.

It was in 1904 that auction bridge was first developed. Players would bid in a competitive auction to determine the contract and the declarer. The object was to make as many tricks as what a player was contracted for, while penalties were given for failing to do so. Modern bridge developed and innovations came through the scoring of auction bridge, with the most significant change being that only the tricks contracted for were scored below the line toward game of a slam bonus. Rules were set out in 1925 and very shortly after that all other forms of the game became synonymous to contract bridge.

The highest authority responsible for managing and promoting bridge internationally is the World Bridge Federation (WBF), based in Lausanne, Switzerland. The federation was founded in 1958 by delegates from Europe, North America, and South America. There are now over 120 member federations. Apart from continuously developing the game worldwide, WBF oversee the most prestigious competitions like the Bermuda Bowl, the Venice Cup, and the Senior Bowl. In addition, the quadrennial World Team Olympiads forms part of the World Mind Sports Games. 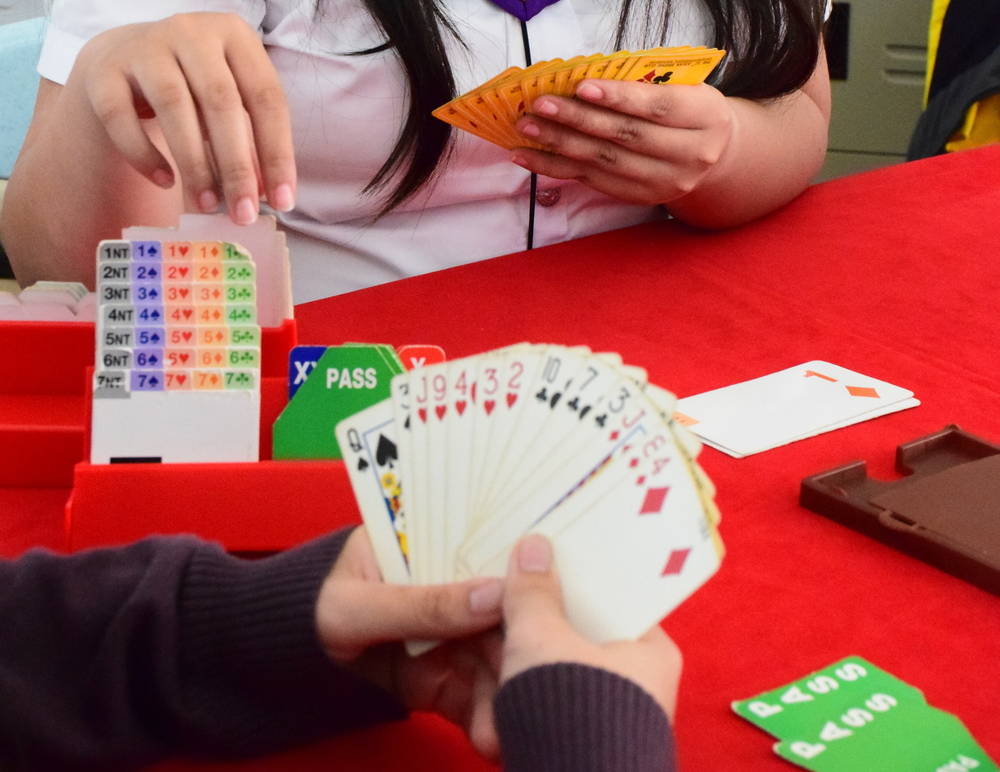