A chuckwagon historically formed an important transportation role of food and cooking equipment that helped feed travelling cowboys on the prairies of the United States and Canada. Nowadays these wagons still perform a similar purpose, but more for food competitions. Additionally, they feature in a much more active event, namely chuckwagon racing. The history of the equestrian sport goes back to an event called the Calgary Stampede and the early 1920s. The organizers invited neighboring ranchers to enter their chuckwagons into a race for a prizemoney. Through the years the event has grown and attracted the attention of sponsors. There have been concerns of safety to the horses in the past. As with all equestrian sports, currently strict compliance to safety standards must be adhered to.

A team consists of a driver commanding the chuckwagon and horses. The driver is supported by two to four outriders who are responsible to load objects to the back of the wagon while the rider completes a figure-of-eight route inside the stadium. The team then completes a circuit, and the winner is decided by whoever crosses the line first. However, the result can still be influenced by penalties for tasks not completed correctly by the outriders. Today the World Professional Chuckwagon Association (WPCA) is the governing body overseeing the growth of the sport and the management of the events. There is also a ranking system for the best driver and outrider. The annual schedule of events feature in Canada. 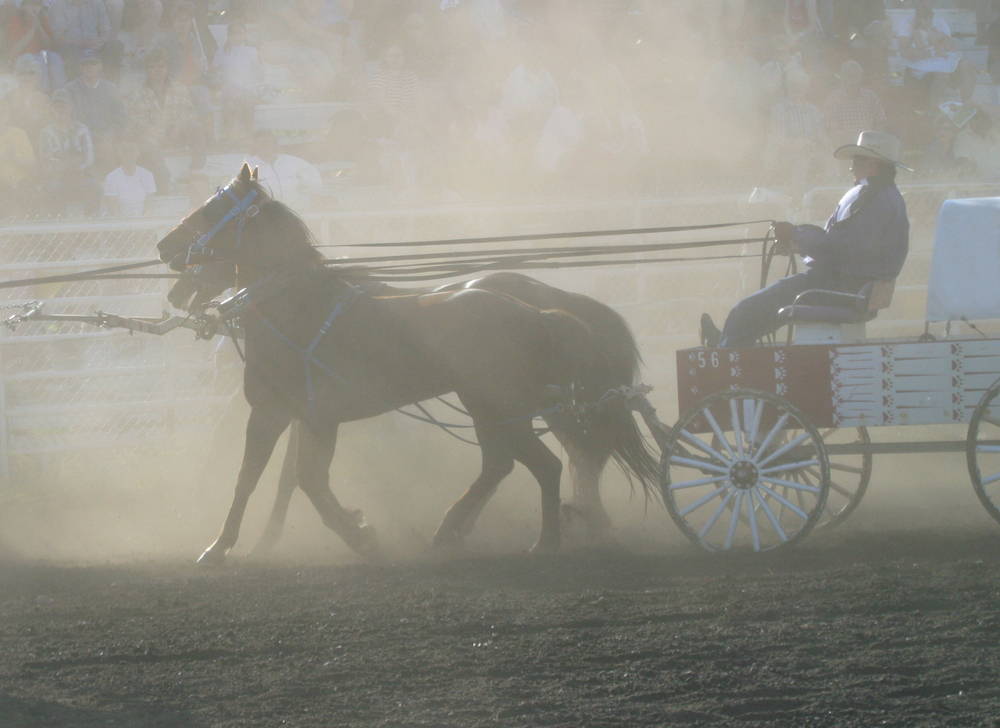