The International Dragon Boat Federation (IDBF) is the highest sanctioning and world governing body for the sport of dragon boating and other paddle sport activities. IDBF was created in June 1991 by the governing associations of Australia, China, Chinese Taipei, Hong Kong, Indonesia, Italy, Malaysia, Norway, the Philippines, Singapore, the United Kingdom, and the United States. The objective is to encourage and develop the growth of the sport internationally, while maintaining the connection with its Asian culture and historical significance. IDBF has values that include respect for each participant and supporter, teamwork to achieve success, and the discovery of the different communities during and after competition time. IDBF continues to build on its membership which is indirectly and directly achieved through the management of national, regional, and international championship regattas. The federation is a non-government, non-profit world organisation who is also recognised by the Global Association of International Sport Federations (GAISF). The mission of IDBF is to observe all the principles of the Olympic Charter and the IOC Manual on sport and the environment. Bearing that in mind, much of the training provided during the promotion and development, involves care for the environment.

Dragon boat racing has been in Chinese traditions for over 2000 years as a paddled watercraft activity. It became an international sport in Hong Kong in 1976. Boats are normally made of carbon fiber, fiberglass, or other materials. During competitions, the boats are decorated with dragon heads and tails, but not during training. A crew will consist of up to 20 people for bigger boats, and up to 10 for smaller boats. This does not include the drummer and the steersperson. The sport formed an integral part of the Chinese agricultural society. As the sport continues to become more popular around the world, IDBF have a task in hand to develop awareness within nations who do not traditionally practice the sport. It also works hard to remain the autonomous authority for the sport. 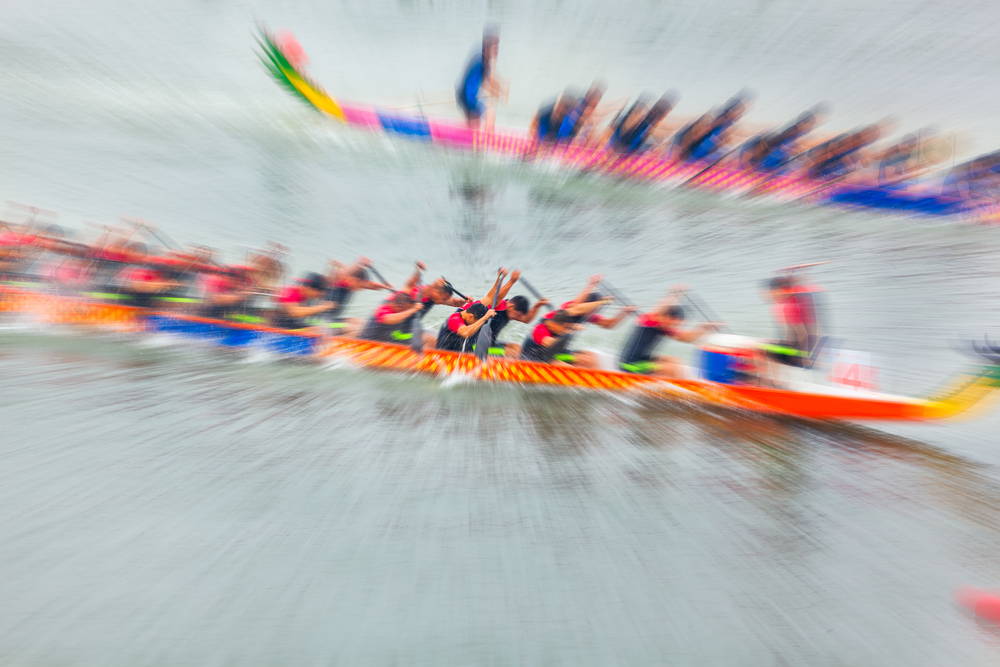