The Fédération Equestre Internationale (FEI) is the world governing body for the equestrian sports of jumping, dressage, eventing, driving, vaulting, reining and endurance. The FEI also manages para dressage and para driving and their headquarters are based in Lausanne, Switzerland. The flagship tournament held every four years is the FEI World Equestrian Games with the first starting in 1990. These tournaments are held halfway through each Olympic cycle and serve as further preparation for the Olympic Games where show jumping forms a major part. One of the key aspects of the FEI is the welfare of both athletes and horses and with that in mind, the FEI Campus was established with courses in equine conformation and assessing movement, orthopaedic examination, diagnostics imaging, and the musculoskeletal system basic that includes equine anatomy and physiology.

Jumping makes up one of the three equestrian Olympic sports and stands out for technical ability. The sport is set out on a course of obstacles that include double and triple combinations. The jumps vary in that these are either vertical or spreads. The aim for participants is to complete the course cleanly within a set time. Points are deducted for faults incurred at a jump or simply when a horse refuses to complete a jump. There are a limited number of refusals allowed before disqualification.

Dressage is sometimes compared to ballet where the elegance of a horses is on display. It is also one of the fastest growing within equestrian sports. Each rider gets their horse to respond to a series of movements emphasising the horse’s natural athletic ability and the willingness to perform.

Eventing is also known as horse trials and involves a rider and horse participating in a combination of show jumping, dressage and cross-country riding.

Vaulting stretches back for over two thousand years and is known in the modern age as equestrian acts at circuses. A rider performs a series of gymnastic and dance movements on horseback and can be for within both competitive and non-competitive events.

Reigning involves a rider getting their horse to perform a series of patterns involving circles, spins and stops. These patterns are performed at either a canter or a gallop.

Endurance riding involves long-distance races rarely longer than 160km per day. Strict veterinary checks are done during each event to ensure each horse is fit to continue.

Driving involves a horse and carriage, a pair of horses or a team of four. The sport includes dressage, cross-country and obstacle cone driving. 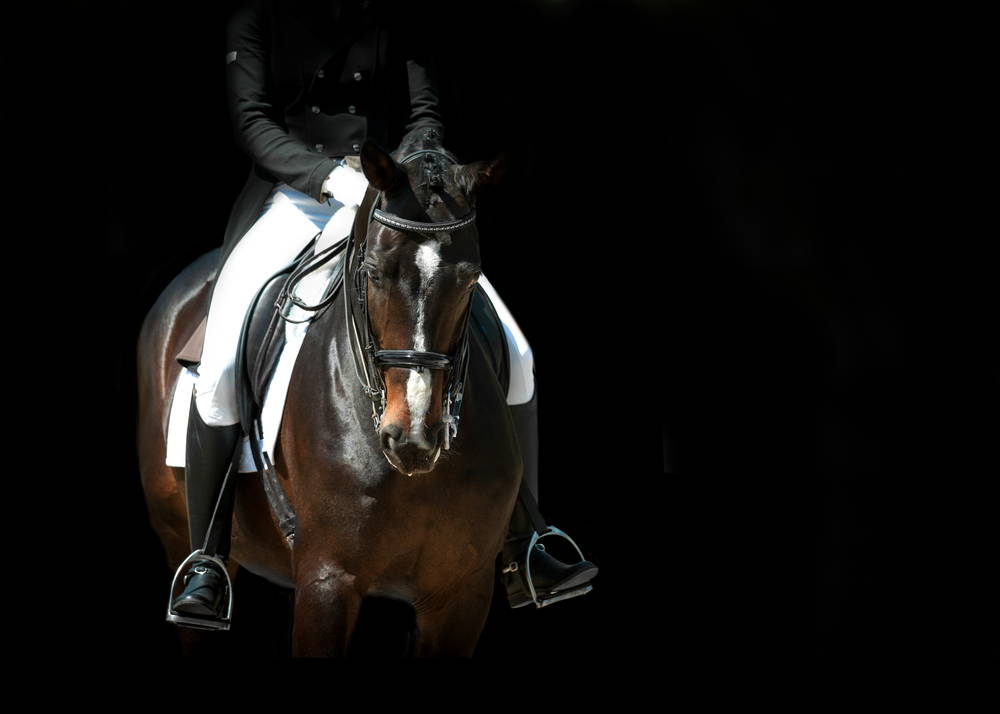