This is a game that combines two other sports, namely football and golf. Footgolf relies on precision by players and in a similar way to golf, a regulation No. 5 soccer ball is kicked into a 28 cm footgolf cup in as few shots as possible. The game is played either on a custom-made grass course or on a golf course. The ball is played from a tee box and in order to reach the hole, there are bunkers, water, trees and various hills to cross or avoid. The holes on a footgolf course are normally shorter than a standard golf course as the soccer balls cannot be propelled as far as golf balls in a single shot. In general holes are anything from 150 to 200 yards and it takes quicker to play footgolf than golf. One of the reasons why the sport is so popular worldwide is that it is relatively inexpensive with little requirement for a range of equipment, making it much more accessible to all. Pars are typically five shots or fewer.

It was the Netherlands who hosted the first ever footgolf tournament played by a mix of Dutch and Belgian professional footballers. This set the tone for many more nations to organise their own events, tournaments and even leagues. First origins of the game go back as far as the 1920s and 1930s with a sport with very similar rules. Codeball had brief popularity in the United States first invented by Dr William Edward Code for his friend. In 1935 there was even a codeball championship in St. Louis. Since the late 1980s, players in Switzerland had been playing variations of the game. Scandinavian nations also played the game under various names in the 1990s. Eventually Michael Jansen and Bas Korsten created a footgolf uniform and basic rules. They were also the very organisers of the first tournament mentioned earlier. In 2008 Footgolf was officially launched in the Netherlands.

As footgolf and golf often share the same course, a classic golf uniform must be worn by players. The shoes are the same as indoor soccer shoes. The game really grew at the same time that golf went into a decline. This was especially with young people. The emergence of the popularity of footgolf saved many struggling golf courses and in some respect, made golf popular again. Footgolf was a way for golf courses to earn extra income. In June 2012 a group of countries combined to form the Federation of International Footgolf (FIFG). In that same month the first World Cup was played by 8 nations in Hungary. Four years later Argentina hosted 24 nations and 230 players in the second World Golf giving testament to the explosive growth of the sport. Today footgolf is played in almost every nation where golf features and with such a popularity, the future looks bright for potential future inclusion as an Olympic Sport. 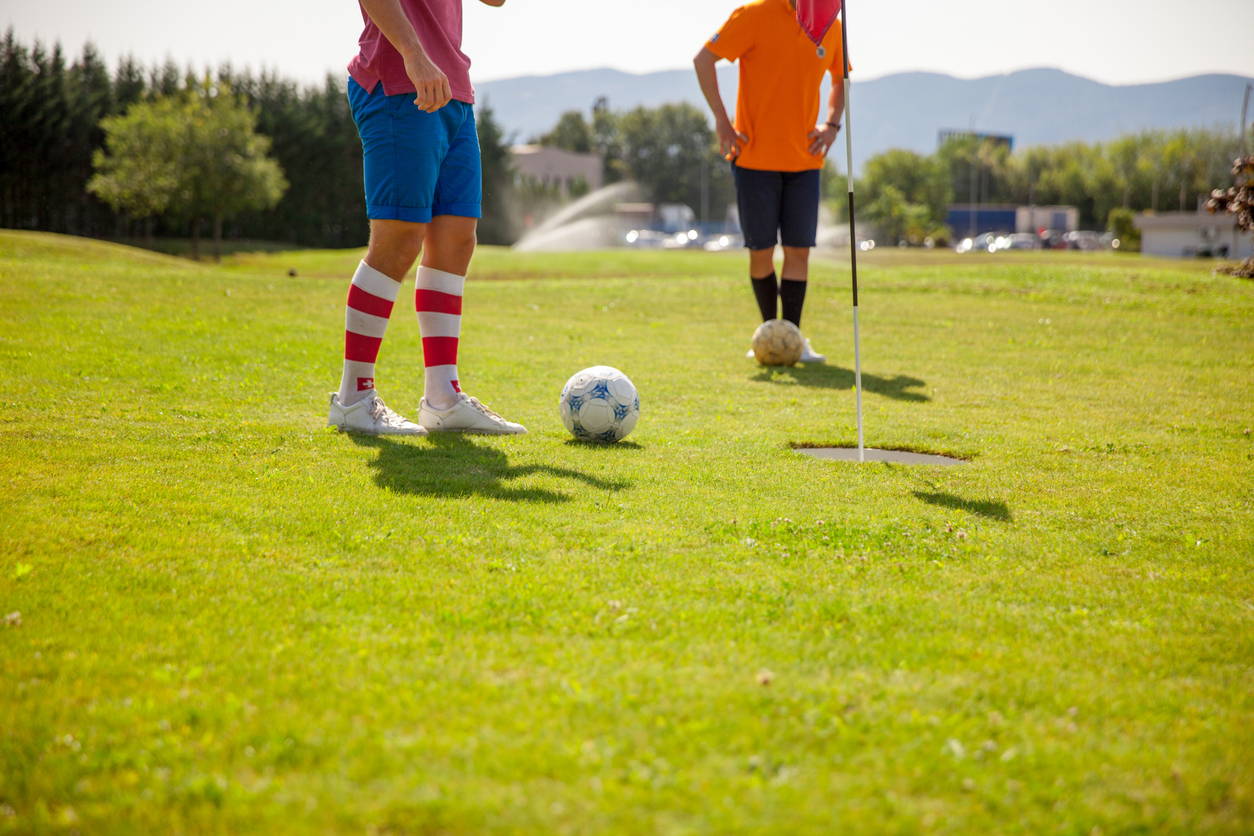 Next event to be confirmed.