World Footvolley was created for the sport of Footvolley with the objective for worldwide promotion and to act as a reference point for those wanting to learn more about the game. The organisation currently works more directly with national programs and their athletes, in order to later combine these into a global community under a unified set of rules. Footvolley is generally played on a sandy surface making it very popular and entertaining at beaches. It is also a sport for participants of almost all age groups. Footvolley was created in 1965 in Brazil and the game essentially combines beach volleyball with ball-touch rules derived from association football. The rules are very much like beach volleyball, but players are not allowed to use their hands or arms. Any other body part can be used, and the ball is also a football instead of a volleyball. From the famous Copacabana Beach, the game spread to several other regions in Brazil. Originally a team consisted of five players, but as each player was really a professional footballer, the ball rarely landed on the sand. To make it more competitive, the number per team was eventually reduced to two players only and this is also how it is in the modern game today.

The traditional sand court is 16 x 8 metres. The objective during a game is to get the ball to land in the court area of your opponents without them being able to return it. The net area is normally 2.15 metres high for men and 2.05 metres for women. Points are awarded when the ball lands in the court of your opponents, if they commit a fault, or if they fail to return the ball over the net. Matches are generally set to 18 points or the best of three sets to 15 points. Footvolley can also be played indoors, but the ball looks more like a basketball and smaller in diameter. The game has grown internationally and apart from the founders Brazil, it also features in nations like Paraguay, United Kingdom, Australia, United States, Italy and Israel. The first international tournament to be held outside of Brazil was in 2003 on Miami Beach hosted by the United States Footvolley Association. It also received a major boost when it featured as an exhibition sport at the 2016 Rio Summer Olympics. Apart from being a very simple and easy sport to set up and participate in, it also provides the added benefits of being a dynamic and engaging activity. 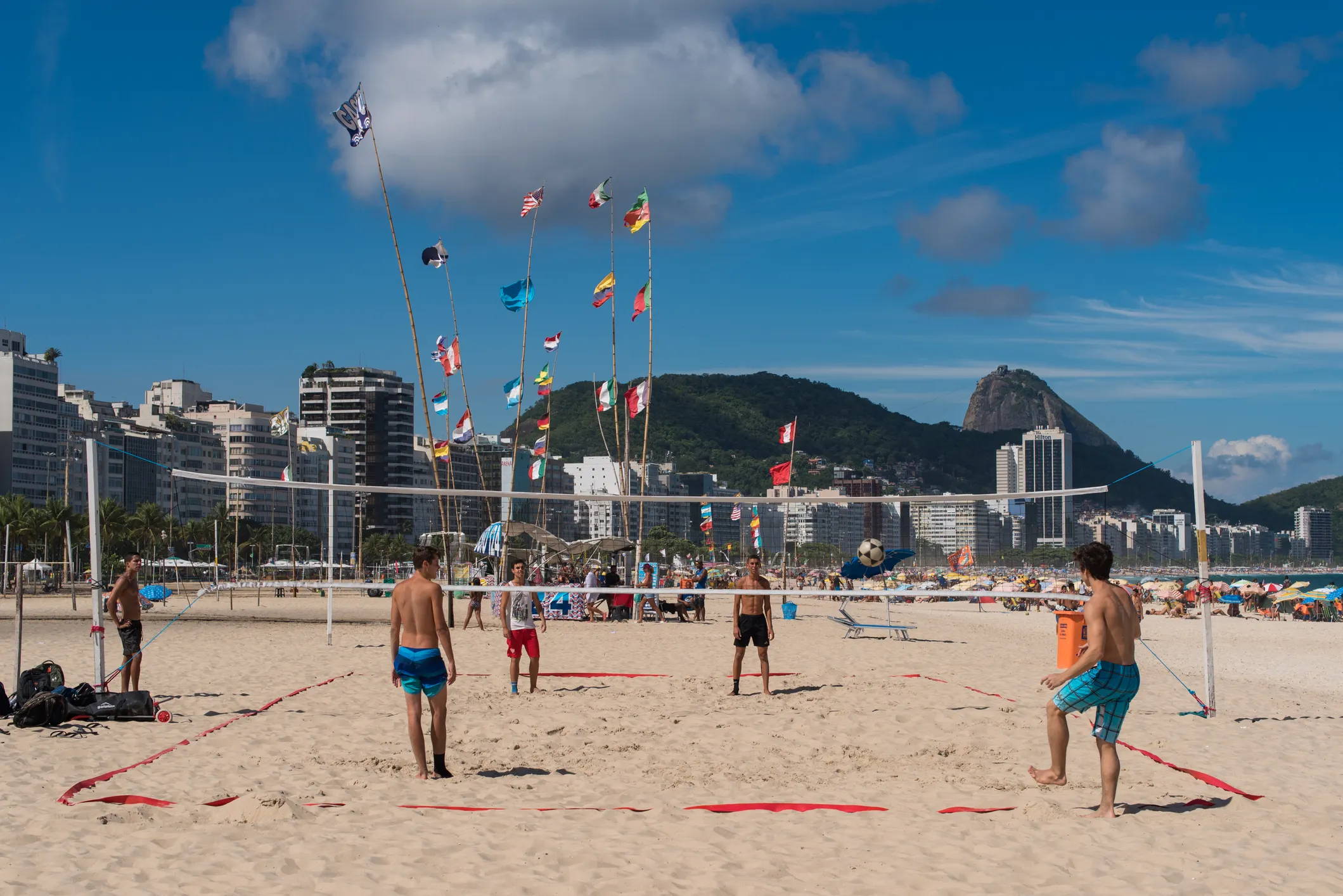