Greyhound racing, depending on the country, is either an amateur sport or part of the gambling industry like horse racing. It involves greyhounds racing around an oval track as an organized and competitive sport. The other format is called coursing, but in most countries, this is now banned. Coursing involves greyhounds or sighthounds chasing down their prey in open fields in the countryside. In countries where greyhound racing is an amateur sport, it is mainly for entertainment purposes. Where it forms part of the gambling industry, greyhound racing is strictly regulated. Dogs are placed in traps at a starting point and like horse racing, the gates are released at the same time. The dogs chase an artificial lure that travels on a rail on the outer perimeter of the track. Dogs normally race anti-clockwise on the track and a race is also usually only one lap. Nations where gambling is allowed on greyhound racing, include Australia, USA, United Kingdom, Republic of Ireland, Mexico, Spain and Macau (now part of China).

The sport does not have a world governing body but is regulated by each country’s national governing body. One of the key areas to manage by any regulatory body is the welfare of the greyhounds and the safety of the racecourse. Greyhounds require vaccinations against distemper, parvovirus, leptospirosis, infectious canine hepatitis and any canine diseases that can cause an outbreak within professional racing kennels. In addition, dogs must be tested against potential doping. A greyhound’s racing career will usually end between ages four and six, at which point it is not competitive enough anymore. Some will be kept for breeding, while other retired dogs are relocated to organizations who rehome them as pets. The National Greyhound Association is the national governing body for greyhound racing in the United States and is based in Abilene, Kansas. 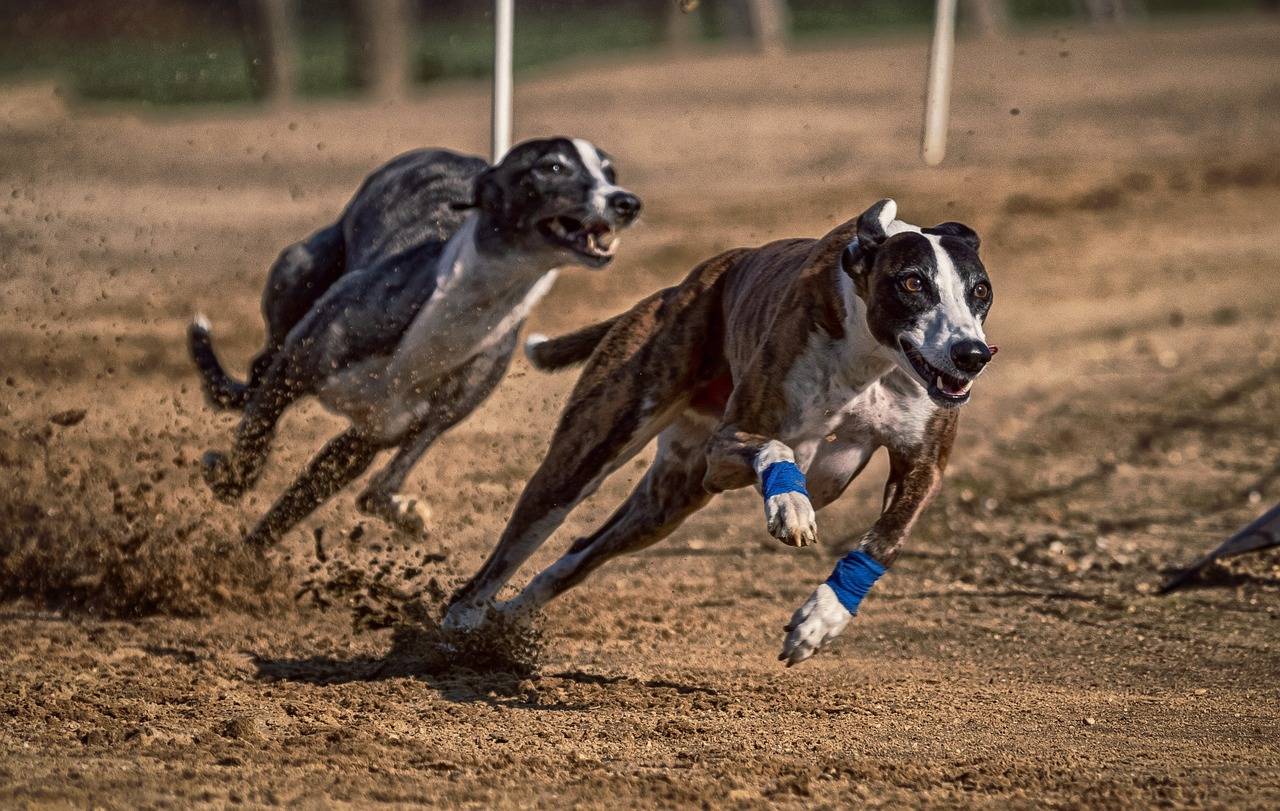