Handball is a team sport consisting of seven players in each team. There are six out court players and one goalkeeper. A ball is passed among players using their hands and the main objective is to throw it into the goal of the opposing team. A match lasts for sixty minutes, divided into two periods of thirty minutes. The team who scores the most goals win the match. The court of the modern game is 40 metres by 20 metres with a goal at each end. The goal is within a zonal area of 6 metres and only the defending goalkeeper is permitted here. The sport is mainly played indoors, but there are variations of the game played outdoors. Czech handball is a good example of this. The other popular and fast-growing variant is beach handball. Players of handball are known for their fitness and speed. In the modern game, the number of goals normally average 25 per match. The sport has no specific mandate for protective gear, despite body contact being permitted. Players may wear soft protective pads, bands and mouth guards. In 1917 the first rules were published, which was also the year for the first international. Handball made its first appearance at the 1936 Summer Olympics as an outdoor sport and again in 1972, but on this occasion played indoors. It has been a fixture at every summer Olympics since then. 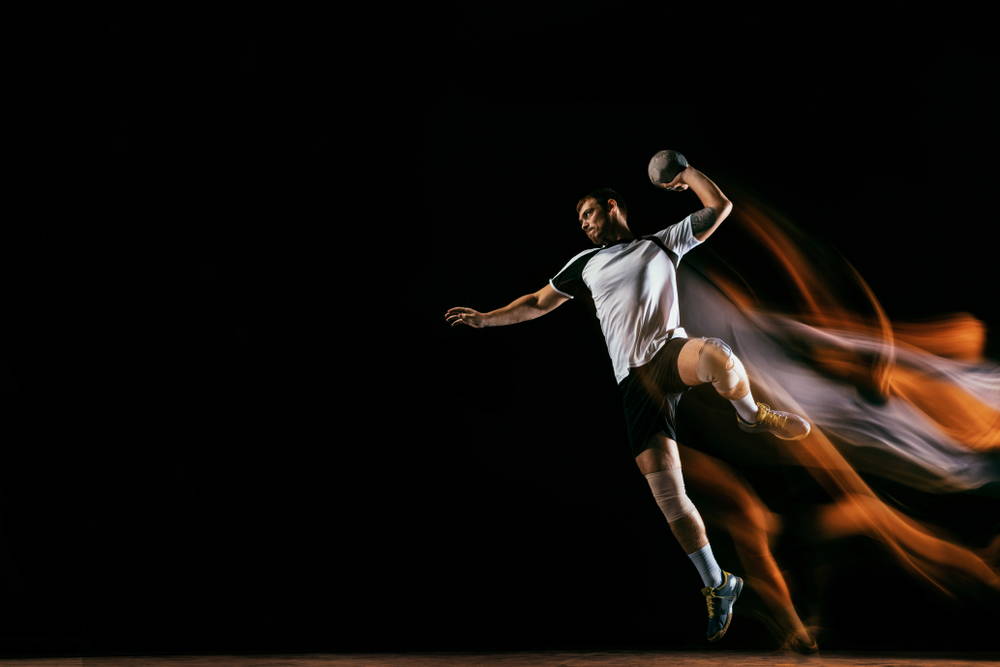