The Fédération Internationale de Hockey (FIH) is the highest governing authority for the sport of field hockey and indoor hockey. The English name is the International Hockey Federation, with the acronym FIH more commonly used today. The formation occurred in February 1924 in Paris with the catalyst being the omission from the Summer Olympics of the same year. The first members responsible for the formation were Austria, Belgium, Czechoslovakia, France, Hungary, Spain and Switzerland. Today there are 138 member nations with Great Britain as an adherent member. FIH also manages their five regional federations. These are the African Hockey Federation, the Asian Hockey Federation, the European Hockey Federation, the Oceania Hockey Federation, and the Pan American Hockey Federation. FIH is currently based in Lausanne, Switzerland. Apart from managing the sport internationally, the federation continues to promote and develop the growth within both member and non-member nations. Some of the major tournaments within the FIH calendar include, the Men’s and Women’s Hockey World Cup (both senior and junior), the Olympic and Youth Olympic summer programmes, the Master’s Hockey World Cup, the International Children’s Games, the Indoor Hockey World Cup, and the very popular Men’s and Women’s Pro Leagues. The latter involve elite nations competing on a world tour.

The earliest evidence of a game very similar to hockey can be seen on a relief dating back to 510 BC, showing Greek players involved in a form of ground billiards. A horn was used to move and hit the ball. A near identical image was discovered in an Egyptian tomb dating to approximately 2000 BC. Both images involved two players with other players standing on the side looking on. Similar games were played in East Asia, Inner Mongolia, in China during the Ming dynasty, in the Punjab state of India, and a game called chueca played in Chile. Over in Northern Europe the games of hurling (Ireland) and knattleikr (Iceland) date back to the Early Middle Ages. It is not clear where the word hockey comes from, but the modern game was first established in English public schools and grew steadily from the early 19th century. The first club was established in 1849 at Blackheath in south-east London. The first international featured between Ireland and Wales in 1895 (Ireland 3, Wales 0). Field Hockey was first accepted to the 1908 Summer Olympics. Today hockey forms an integral part of the Olympic programme. 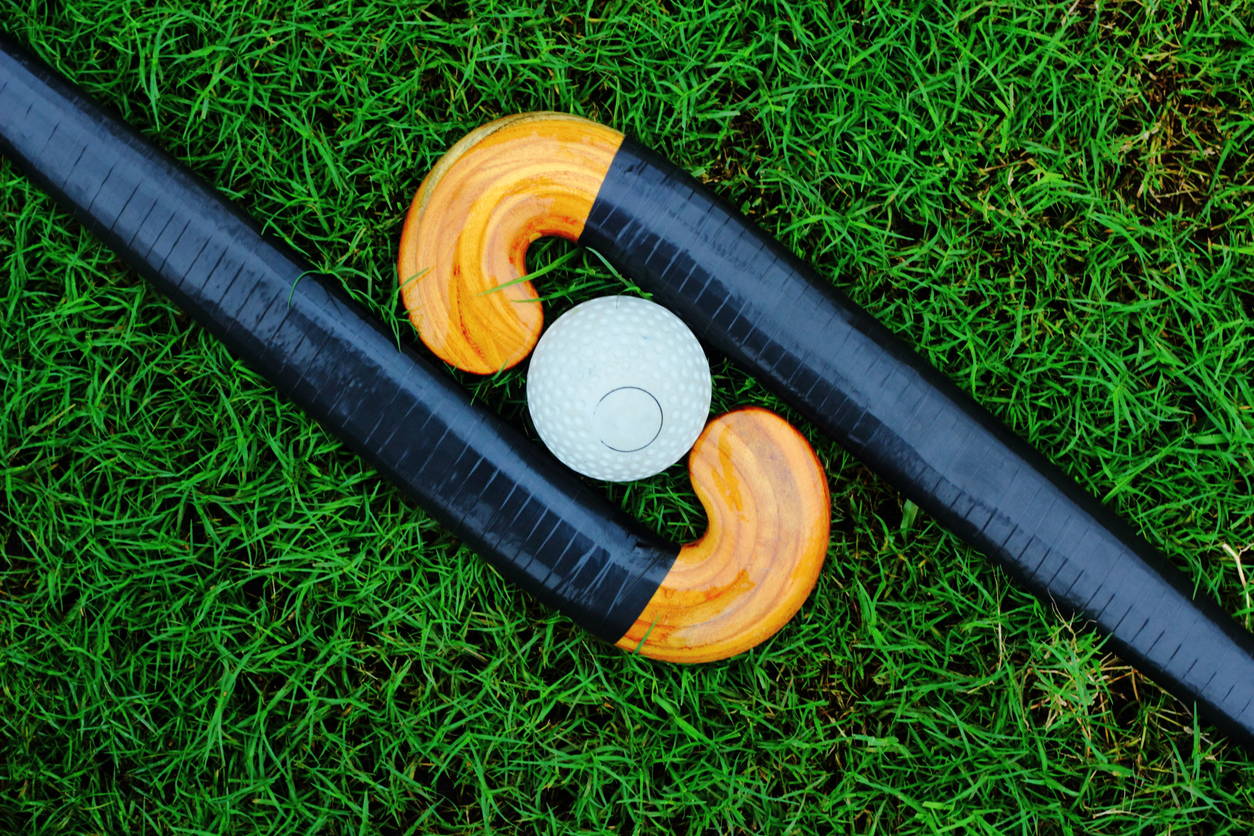