The game of Horseshoes dates to the latter parts of the nineteenth century, but it was really in the early part of the twentieth century that the sport gained more interest through organizers of matches publishing their own rules in local newspapers. The game of quoits is very closely related where rings made of metal, rubber or rope are thrown to land over a pin set at a distance. Even though different rules were published, there was always a general agreement on how the game should be played. The main difference from the modern game today was the length of the protruding pin or peg. In the early matches this was only 2 inches or 51 mm from the ground. The horseshoes were also true horseshoes almost circular in shape. As with the game of quoits, the objective was to throw the shoe to land around the peg and in some cases, the rules stated the shoe could not touch the peg. In 1907 an unofficial World Championship took place and in this tournament any shoe resting 2 feet or more from the peg, was declared foul and the player lost a half-point.

By 1920 the peg was prescribed to be 8 inches (200 mm) from the ground by the Chicago Horseshoe Tournament. There were several other changes to the points system, and in particular no further deductions to players. Five years later in the rules that were published, stakes were 40 feet apart and projecting upwards 10 inches (250 mm) from the ground. The scoring was also very similar to what it is today. The game of horseshoes is played by two people or two teams of two people. The peg is normally placed within a sandbox and the distance from the point where the player stands is 40 feet (12 m). Players alternate in throwing the shoe to the target. In the modern game, the shoe is more stylized to a U-shape and twice the size of an actual horseshoe.

The highest governing authority is the National Horseshoe Pitchers Association (NHPA), based in Wentzville, Missouri. The organization oversees rule setting for all competitions and ensures these rules are followed by all other member organizations. NPHA also manage the World Championship held every two years. The tournament normally lasts for two weeks and can receive up to 2,000 entries to compete. Apart from being established in the United States and Canada, the game has been introduced worldwide to over thirty nations growing in popularity every year. The sport is accessible to all age groups and genders and the objective for NHPA is to continue to take the sport to nations where it is not played yet in order to make it a truly global sport and gain official Olympic recognition. 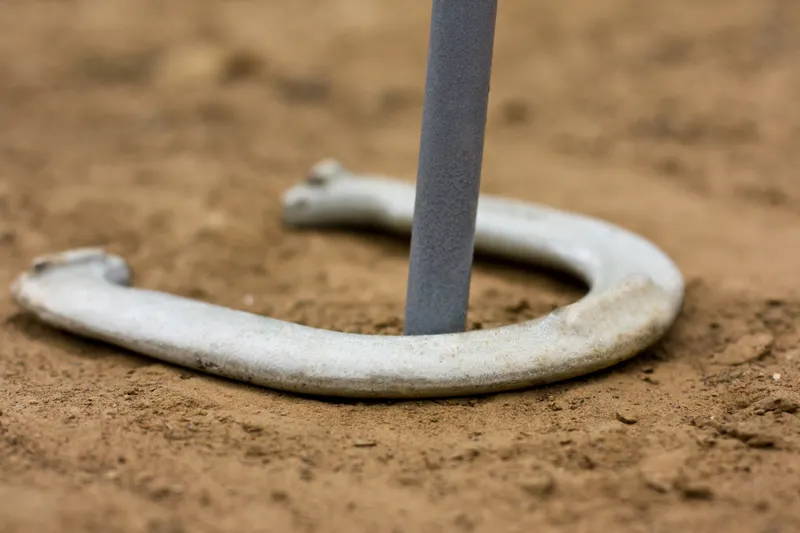