Ice Cross Downhill is an extreme sport set in winter where competitors take on a downhill walled track on ice skates. The track is designed with sharp turns and steep drops very similar to ski cross or snowboard cross, with the difference that the surface is ice and not snow. The competitors are typically from an ice hockey or bandy background where the same equipment is worn, although a lot of safety gear from other winter sports are also used. The sport is for the fearless rider with incredible stamina and skill. Four riders head down a track normally about 700 metres in length with the objective to complete the race as fast as possible. The first two or fastest two riders advance to the next round of 4, until there is a 4-rider final. Riders can reach speeds of up to 80 km/h. The sport has categories for men, women and juniors.

Tracks include obstacles like bumps, turns and sharp hairpins. The locations can be either at ski resorts or based within cities making the ice either natural or artificial. Tracks are graded by the difficulty and the number of World Championship ranking points available. Races are labelled in three categories of ATSX 250, 500 or 1000. Over the years the sport has grown to represent athletes from over 50 nations from 5 continents. The last two decades have seen over 1,000 athletes participate in races drawing large numbers of crowds. The sport is sanctioned and governed worldwide by the All Terrain Skate Cross Federation (ATSX) based in Innsbruck, Austria. The Ice Cross World Championship is a professional world tour event taking the sport to a wide number of winter sport locations each year.

ATSX was founded in 2015 with the objective to set up rules and guidelines to other National Federations. In addition, the Federation continues to promote the sport around the world building a culture of excellence and friendship among athletes. ATSX is also committed to provide training from grassroots level all through to professionals taking part in the World Championship circuit. Ice Cross Downhill is one of the fastest growing winter sports in the world today. 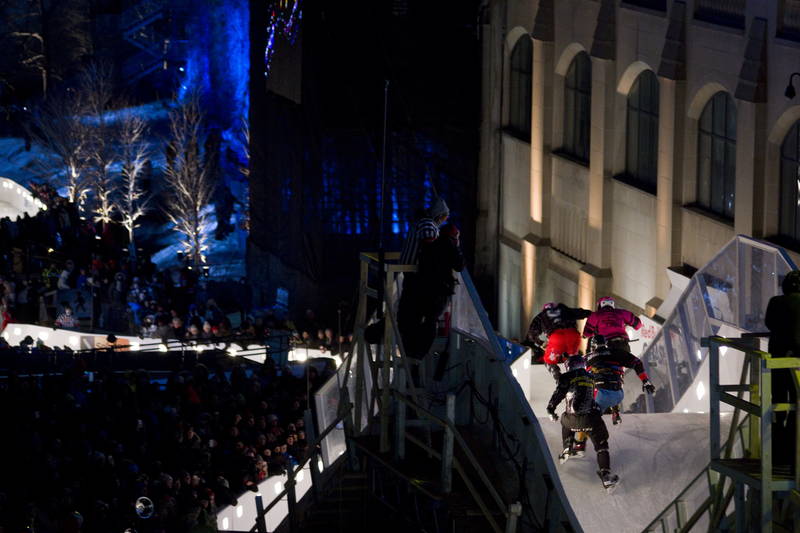