Janggi is popular board game played mostly in South Korea. It is very similar to xiangqi (known as Chinese chess) in terms of the starting positions of the pieces and the 9x10 gameboard. It also originally derives from xiangqi. Often referred to as Korean chess, Janggi is mostly played at a fast pace. Generally, during a professional game, play can exceed 150 moves, which makes it slower than Western chess. In the culture of South Korea, it is often played in parks and open spaces with a handful of spectators watching each game. It does also feature in the gambling culture, but the strategy mind game is slightly less popular than another mind game baduk (otherwise known as go in the West).

The board is made up of 90 intersections divided by 9 vertical files and 10 horizontal rows. Each piece is marked with an identifying character (hanja or Chinese character), and these are placed on the line intersections. This is the same as with xiangqi and go. The pieces also differ in size according to their rank and are either red or blue/green. The labelling on the red pieces is written in regular script, while a semi-cursive script is written on the blue/green pieces. The latter colour also moves first. The Korea Janggi Association (KJA), based in Seoul, is the governing body for the mind sport. Janggi is often played internationally, with Harbin in China hosting the first tournament outside of South Korea in 2009. 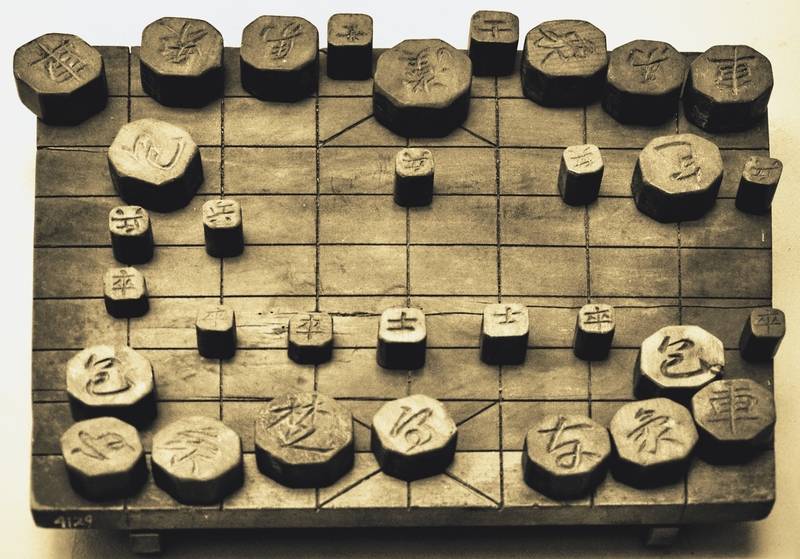