As a racquet sport, Pickleball is relatively new. The game’s origin dates to 1965 in Bainbridge Island, Washington, when a group of friends returned from a game of golf one Saturday afternoon and found their families needed something to do. This inspired them to improvise with a Wiffle ball and build paddles using plywood from a nearby shed. One of the friends, Barney McCallum, made the first paddles more intended for paddleball. Several other alternatives were created, but he eventually settled for a paddle named ‘M2’ which also later became the choice for most players. It was in 1972 that McCallum took the next step and incorporated Pickle-Ball Inc. and continued to manufacture more paddles to grow the sport. The business is now located in Kent, Washington, and run by his son David McCallum.

The court is very similar to a double's badminton court, with a size of 20 by 44 feet for both doubles and singles. A net separates the rectangular court and is hung at 36 inches on the ends and 34 inches in the middle. The stripes on the court are the same as with tennis courts, without the alleys. One half is divided into an inner and outer court. The outer court is divided in two and act as the service area, while the inner court alongside the net is a non-volley area. The distance from the net to the outer court is seven feet. A player serves the ball from behind the baseline using an underarm stroke. The contact with the ball during a serve is therefore below waist level, with your waist regarded as the navel level. The server hits the ball diagonally across court to the opponent’s service court area.

Points are scored only by the serving side and play ends for a point once a side commits a fault. Many of the faults are very similar to tennis, but there are exceptions. A player may not volley the ball on a service return. A ball may also not be volleyed on the first return by the serving side. A player may also not volley the ball while standing in the non-volley zone. This area is known as the ‘kitchen’ and a player must step back into the outer court in order to volley a ball. The first side to score 11 points while also leading by at least two points, wins the match. Wheelchair pickleball is also officially recognised as a competitive branch of Pickleball.

The International Federation of Pickleball is the highest recognised authority for the sport. The goal of IFP is to oversee the rules, manage international competitions, and grow the sport worldwide for all age groups and ability levels. The primary objective is official recognition by the International Olympic Committee and ultimately entry into the Olympic Games. IFP is also a non-profit, volunteer organisation. 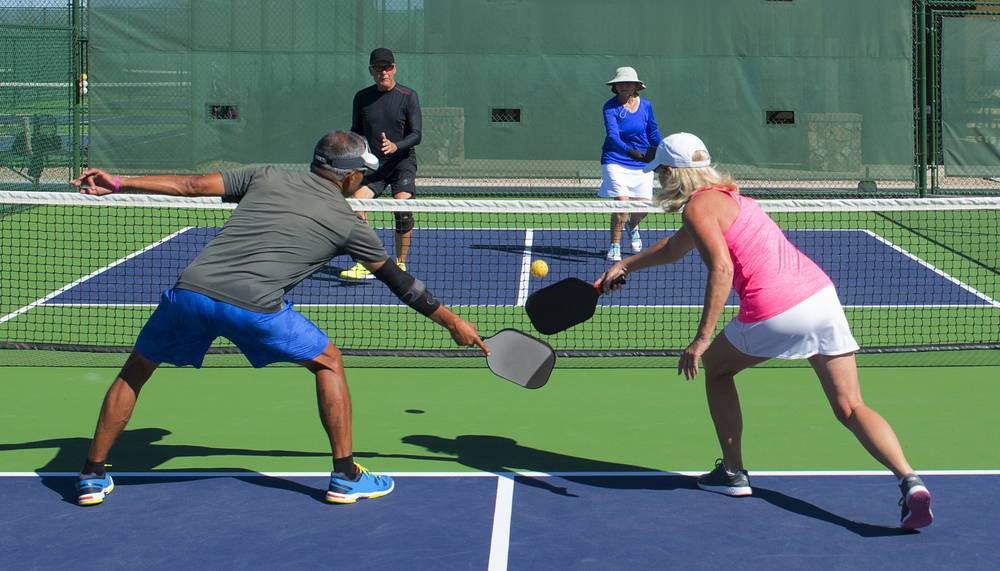