The Professional Rodeo Cowboys Association (PRCA) is the highest authority and largest organization in the world for the sport of rodeo. In 1936 a group of cowboys protested the treatment of a rodeo promoter. The success of the strike led to the formation of the Cowboy’s Turtle Association. The name came from not being afraid to stick their necks out. In 1945 the organization became the Rodeo Cowboys Association and by 1975 changed to the name we know today. PRCA have their headquarters in Colorado Springs in Colorado. Apart from promoting and managing competitions, the association also oversees the welfare and veterinary care to protect rodeo animals. Both women and men participate in events.

Rodeo is an equestrian sport that originated from the practices of cattle ranching from Spain and Mexico. The vaqueros displayed their skills in herding cattle and horses. Besides the Iberian Peninsula, vaqueros and later known as cowboys, passed their skills and practices on to areas like western Canada, northern Mexico and the western United States. Some of the key events include tie-down roping, team roping, steer wrestling, saddle bronc riding, bareback bronc riding, bull riding and barrel racing. Depending on the regional sanctioning body, events like breakaway roping, goat tying, and pole bending may also form part of a competition.

PRCA oversees circuits and championships. The ProRodeo Tour is for cowgirls and cowboys featuring 55 regular season rodeos. The sport has its own governing body for women. The Women’s Professional Rodeo Association (WPRA) oversees events in select midwestern and southeastern cities of the United States. PRCA mainly operates in the USA, but other nations with professional bodies include Australia, Mexico and Canada. 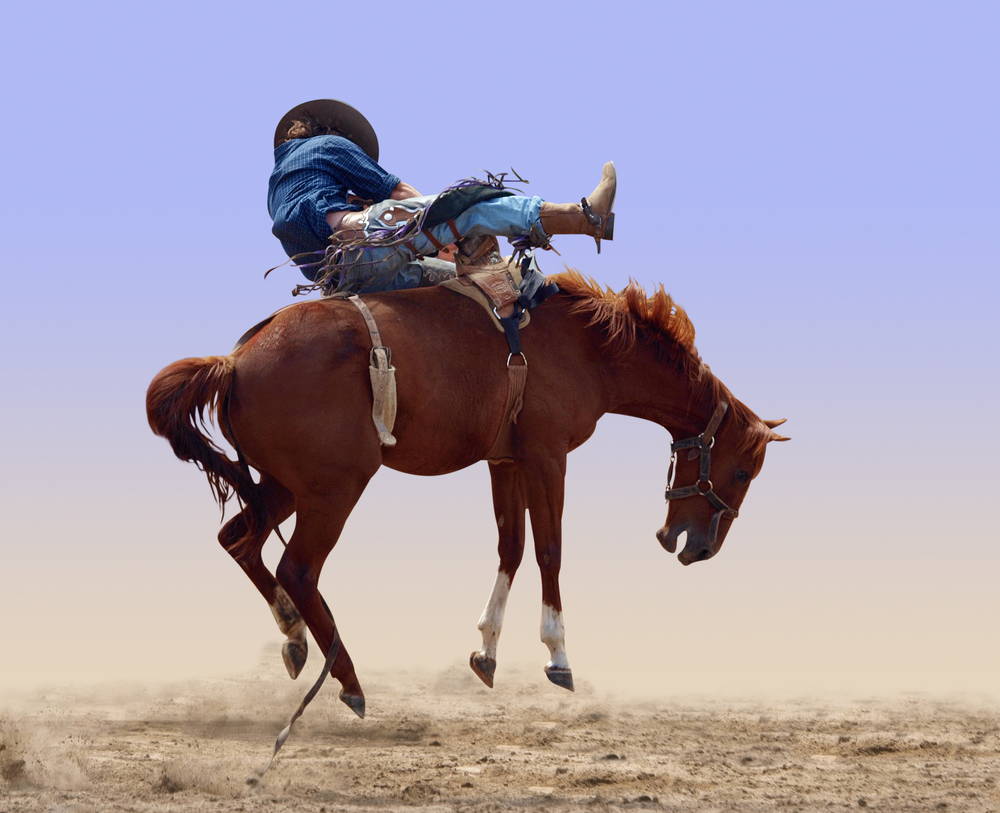