The sport of skeleton has its origins to be thankful for to a Swiss hotelier and tourism entrepreneur. It was at the famous St. Moritz where wealthy English travelers were convinced to stay at his hotel for the entire winter season. Frustrated with only being busy during the summer months, ‘winter resorting’ was championed. Within a few years, wintering at the hotel became a favourite pastime, but with the increase in the numbers of guests, more activities had to be invented to keep everyone occupied. The inspiration came from sleds and toboggans used by delivery boys bringing daily produce to hotels, cafes and shops. These were quickly adapted and became the first bobsleighs used by the wealthy tourists to race each other down the narrow streets of the town. This unfortunately led to collisions with pedestrians bringing about growing opposition from the residents.

In terms of the modern era of skeleton, the aim for the individual is to complete a course in the fastest time. There are several runs, and the aggregate time determines the winner. Unlike Luge and Bobsleighing, the sport can only feature one person on the sled. Like Bobsleigh, the sport begins with a running start, while the sled is thinner and heavier than in Luge. Despite the rider lying on the sled head-first, it is regarded as safer than Luge as the rider is more in control. The sport is also slower than Bobsleighing and Luge. Skeleton was added to the Olympic program for the 2002 Winter Olympics, at which stage a women’s race was also added.

In November 1923 the Fédération Internationale de Bobsleigh et de Tobogganing (FIBT) was formed to act as an umbrella group for 14 national bobsleigh and skeleton associations. The organisation was founded by delegates of Switzerland, Great Britain, France, Canada and the USA. By June 2015 the International Bobsleigh and Skeleton Federation (IBSF) became the new name and is today the highest recognised world authority of the sport, with their headquarters based in Lausanne. Being a winter sport, one of the biggest challenges for IBSF is to increase the popularity of the sport worldwide, especially within nations where winters are mild by comparison to most of Europe and North America. IBSF also governs competitions like the European Championships, World Championships, World Cup, and the Winter Olympic level. 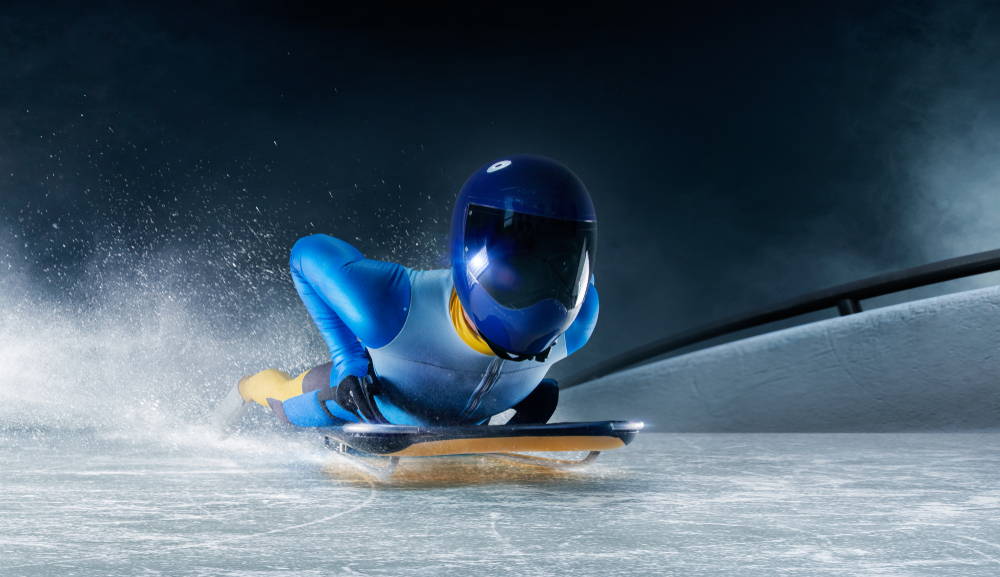