A Wafeski looks very much like a large surfboard with the additions of a seat, fins, footstraps and a seat belt. These differences allow the rider to roll with the board (Eskimo roll) if overturned or to form part of a technique during competitions. Waveskis are also known as Paddle Skis, ‘Sit on top surf kayaks’ or SOTS. In the early days waveskis were made from wood covered in glass fibre and then had foam injected. Custom made boards followed from there made from polystyrene and epoxy resins, while in the current day boards are made to precision with Computer Numerical Control (CNC) machines. These contemporary boards can weight an average of 6 kilograms. A waveskier uses a double-ended kayak paddle to create movement while seated. There are several types of waveskis and the two most prominent ones are the Australian style and American style. The Australian board is shorter and ‘fatter’ allowing the rider greater maneuverability and high performance during ‘slash and burn’ surfing. The ‘JBay’ waveski, named after the world famous Jeffreys Bay in South Africa, is the more preferred style where the rider sits further back on the board.

The origin of the sport is not clear, but it has been around for more than forty years. The first boards were created in the 1970s, but compared to current designs, would have been considered very bulky and heavy. It was during the 1980s that the sport really took off and became very prominent in Europe, Australia and the USA. In the early days and to a lesser extent even today, there has been the traditional rivalry between surfers and waveskiers, with the latter often being mocked for their sport. Many of the manoeuvres performed by waveskiers since the 1980s are now being used by surfers in mainstream competitions. These include aerials, flip aerials and 360 degree turns. Present day sees a resurgence in popularity, especially in France and Brazil. Competitions are judged in a similar way to stand up surfing where a rider is given a 20-minute heat to produce a performance. There are often joint competitions with river and sea kayaks as these sports share a common functionality. There are also skegless skis that works well for the performance of tricks, and even tandem skis.

Waveski is not to be confused with Surf Ski. The difference is that waveskis are designed for ocean waves, while surf skis are used more in open ocean water. The World Waveski Surfing Association is the highest recognised international governing body for the sport and is mainly responsible in overseeing the growth and management of competitions around the world. 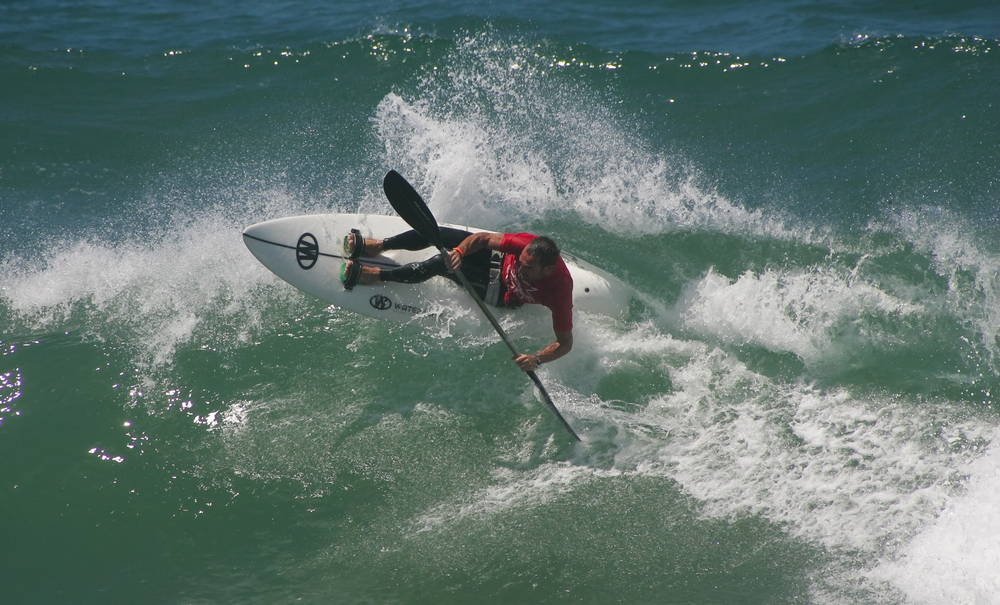