For the last two decades, the sport of Dodgeball has been experiencing increasing popularity around the world. Despite being run by two world governing bodies with differing rules, the sport continues to grow its player participation with the estimation now that over 90 million people around the world are involved either recreationally or part of a national league. Dodgeball is a team sport where the main objective is to throw the ball in order to hit your opponent. In addition, a team also looks to enforce opponents to commit a violation or step outside of the playing area. The playing area can be a wide range of locations. Provided there are clearly marked boundaries and a centre line, dodgeball can be played on a basketball or volleyball court, or any fenced area. Games are also played outdoors on football fields and beaches. The elite game requires the court to be 15m by 7.6m with a neutral zone of 3m wide at the junction of the areas.

The sport has two world governing bodies, and these are the World Dodgeball Federation (WDBF) based in Canada and the World Dodgeball Association (WDA) based in England. WDBF specify that a team consists of six players with six balls to be used, while WDA specify the use of five balls. The balls are also different types used around the world. These include 8.5-inch rubber, foam, cloth, and a ‘non-sting’ rubber. Foam is often the preferred choice for World Championships. A set is played until all players on one side are out and a point is awarded for every set won. A match lasts 40 minutes, split between two sessions of 20 minutes. As many sets as possible are played in each session and teams switch sides at halftime. To start a game, balls are normally distributed to players by an even distribution to the two teams or lined up on the central dividing line. If lined on the central line, players rush forward to grab a ball, but must retreat to an ‘attack line’ at the back of the court before they can throw the ball. The ball can also be passed to player behind the ‘attack line’.

The World Dodgeball Association Limited (WDA) is a not-for-profit enterprise with their headquarters based on Manchester, England. WDA was established in October 2013 and since the formation four continental bodies have joined making up one World Council. These are Africa, America, Asia-Pacific, and Europe. WDA has a vision to stand out among the many sporting organisations and to present a sport that is attractive and exciting, drawing more and more participants from around the world in all age groups. As with all sporting codes, the primary objective is recognition by the International Olympic Committee and to be included in a future Olympic program. 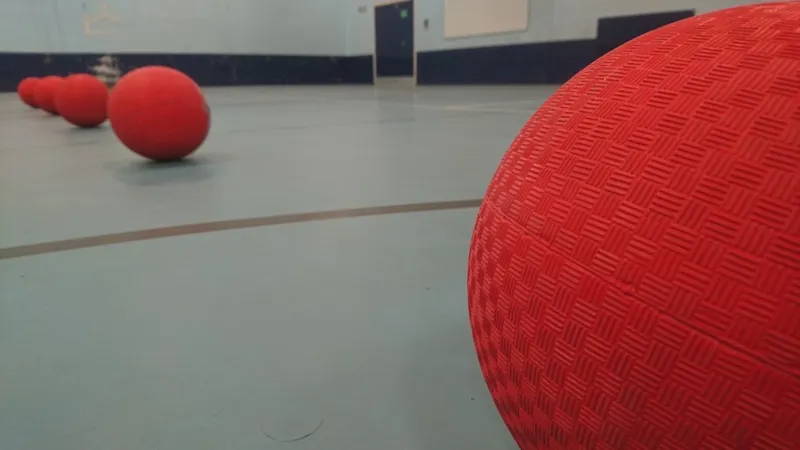