Arm wrestling has in the past and often still does get referred by several names. Some of these include twisting wrists, wrist wrestling, arm twisting, arm turning, skanderberg. It is a sport between two participants where each place one arm on a surface with elbows bent and touching the surface. The participant then grips their competitor’s hand. The aim is to pin the opponent’s arm to the surface. It is a contest used over several centuries, but only from the 1950s did we see the beginning of organized tournaments. To have an edge in arm wrestling, technique and the overall arm strength are the two most important factors. The other features that contribute include wrist endurance, hand grip size, the length of an arm wrestler’s arm, and reaction time to name a few. In competitive arm wrestling, the two opponents stand with their arms placed on a tournament table. There are various categories and contestants are divided in weight classes and left and right-handed divisions. There are strict rules governing the sport and penalties include lifting your elbow from the matted area, false starts and adjusting your grip to avoid a possible arm pin.

Common rules are in place to create an even playing field and avoid arms being broken during a contest. It is particularly important that the shoulders of both competitors are in a square position before the match starts. Should an opponent appear vulnerable to potential damage to their arm, the referee has the right to stop the match. Each player must start with at least one foot on the ground. After the start, a player can have both feet off the ground. At no point may opponent’s body touch their hand or the hand of the challenger. This could lead to foul play and aid a potential pin of the arm. A player’s elbow must remain on the matted area and a pin can therefore not be made should the elbow be lifted. A false start is a foul, as is an intentional slip-out of the hand. If there are three fouls, a player will forfeit the match. The referee’s decision is always final.

The World Armwrestling Federation (WAF) is the recognized world governing body of professional arm wrestling with a membership of over 80 nations. The organization was established in 1977 and their headquarters are based in Sofia, Bulgaria. One of the key objectives for WAF is to ensure the integrity of the sport is maintained at every competition. WAF is also responsible for setting the rules and is also fully compliant with WADA (World Anti-Doping Agency). There is also a responsibility to ensure the sport is developed for para-athletes and able-bodied athletes. Each year WAF oversees continental competitions, including the World Championships and Para-armwresting World Championships. 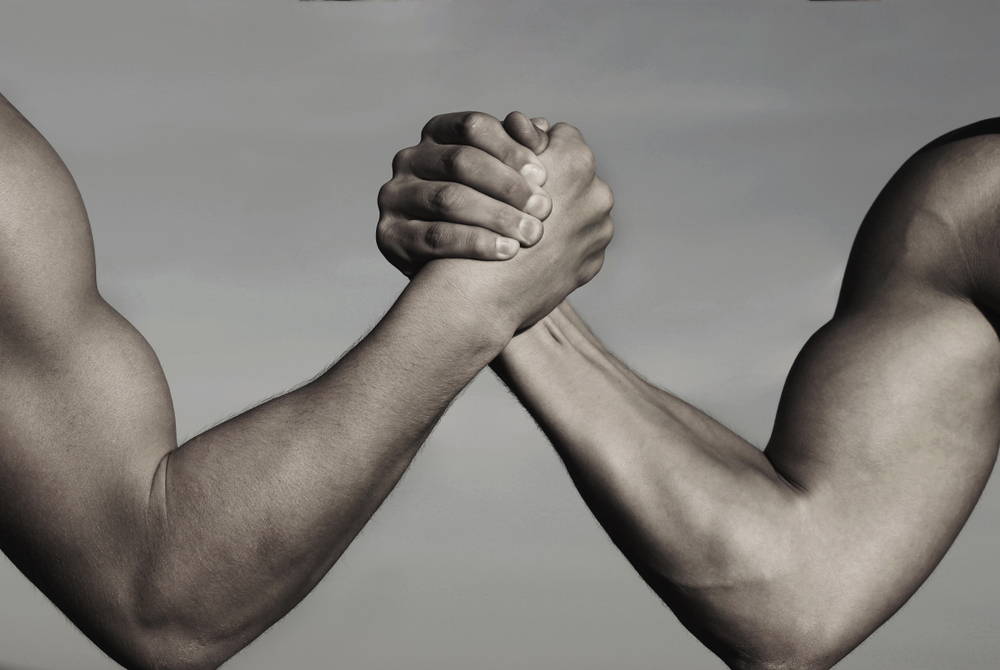