Polocrosse is an equestrian team sport made up of the combinations of two other sports, namely polo and lacrosse. It is played outdoors on a field and each rider carries a cane or fiberglass stick that has a racquet attached with a loose, thread net. The net is for carrying the sponge rubber ball that has a size of approximately four inches across. The main objective for each rider is to throw the ball between the opposing team’s goal posts. Unlike polo, a rider can only use one horse, unless there has been an injury. There is no restriction on the height of a horse, although they tend to be smaller than 16hh. All breeds are permitted to take part and the most popular is the Australian Stock Horse. Stallions are not permitted. A team consists of six players that are divided into two sections of three who form an attack, midfield and defense. This helps to make the sport faster and much more skilled as it forces players to pass the ball among each other.

The field is approximately 55m by 146m and is divided into three sections. The goalscoring area on either side is 30 yards and the middle section is 100 yards. The goal posts are 8 feet apart and there is an 11-yard semicircle in front of the goal. To score a goal, a player must throw the ball from outside the semicircle line. A ball can be picked up off the ground or caught in the net. A rider may also ride with the ball before passing it to a team member or aiming for the goal. When a ball is carried, it must be carried on the stick side. For right-handed players that means it must always be carried on the offside of a horse and should a rider cross it over to the other side, it is deemed a foul. However, a right-handed player can pick the ball up on the non-stick side if the stick is brought back to the offside again. A player can get the ball from the opposition by hitting at the opponent’s stick from an upward swing motion. This is either to dislodge the ball or to prevent the opponent from catching the ball. The term is known as ‘hitting the wood’.

The International Polocrosse Council or IPC is the world governing body. IPC was formed in Queensland, Australia, in 1976 and at the time the member nations were only five. The pinnacle of the sport is the World Cup played every four years. The winners on each occasion have been mainly Australia and South Africa. Their headquarters are based on Australia. 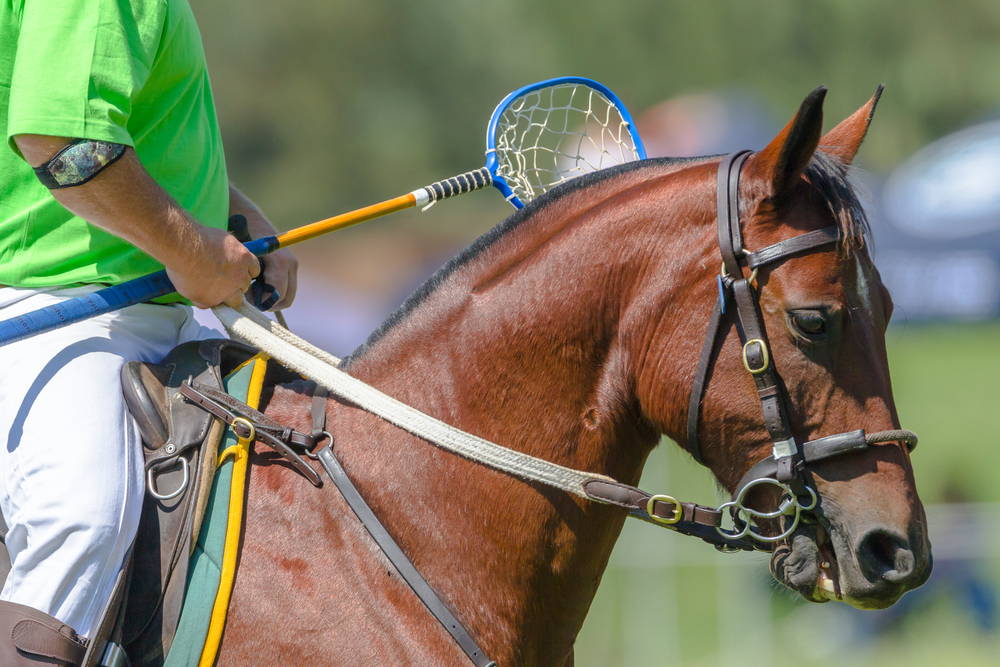