The Game of Generals or Shōgi is the Japanese variant of the mind game chess. There are several variants of chess, but Shōgi is by far the most popular in Japan. It is also the earliest chess variant that allows captured pieces to be returned to the board by the capturing player. It is believed that this feature of the game was introduced in the 1400s, perhaps connected to the same practice of the same time period where captured mercenaries could switch loyalties instead of being killed. Catur or chaturanga, an Indian strategy game from the 6th century, is the earliest forerunner of shōgi and was most likely first adopted in China and Korea, before becoming known in Japan. This would have been after the Nara period of 710 to 794 AD within Japanese history. Shōgi, as we know it today, would have been played as early as the 16th century.

The board is rectangular and divided into 9 rows and 9 files, yielding 81 smaller rectangles. Two players face each other, and each have 20 pieces of marginally different sizes. Each piece is wedge-shaped and has its name written on the front in the form of Chinese characters used in Japanese. The pieces have also been named to correspond as much as possible with those in chess. The Japan Shōgi League is a professional league run by the Japan Shōgi Federation with offices based in Tokyo and Osaka. The federation was founded in September 1924. 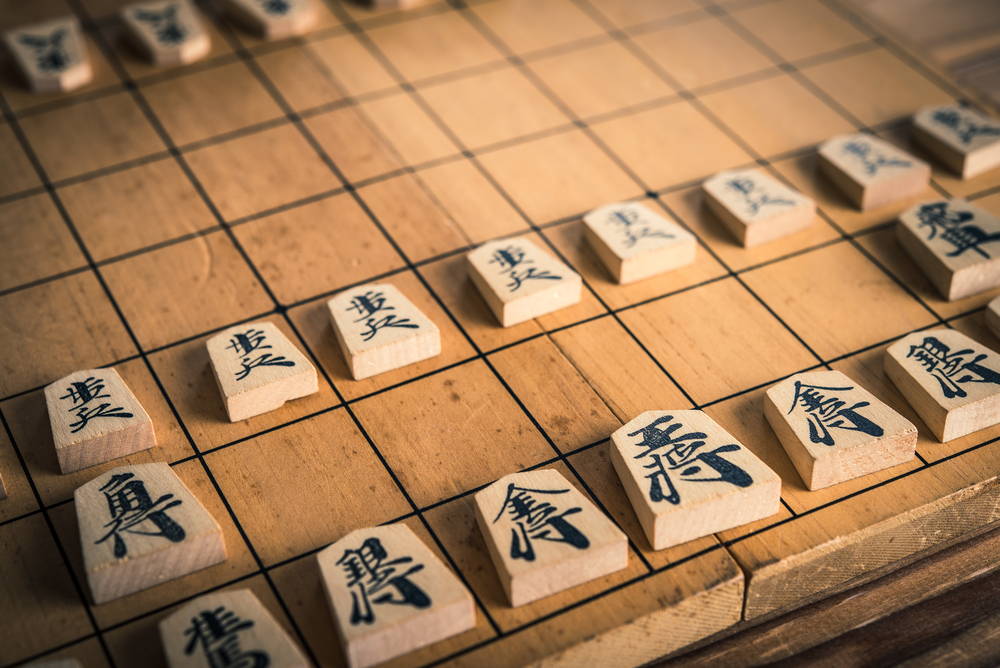