Union Internationale de Pentathlon Moderne (UIPM) is the highest recognised and world governing authority for the sport of Modern Pentathlon. The federation was founded in August 1948 and is currently based in Monte Carlo, Monaco. The sport embraces the ancient counterpart and comprises of five individual disciplines. These are pistol shooting, fencing, swimming, equestrian show jumping and cross country running. There are over a hundred national federation members. In addition to overseeing modern pentathlon, the organisation also manages other multi-disciplinary sports like Laser Run, Tetrathlon, Biathle, Triathle and World Schools Biathlon. These sports have specifically been established leading to a wider range of participation, including laying a foundation for athletes to eventually take part in modern pentathlon.

The ancient version of the Greek péntathlon consisted of a stadium foot race, wrestling, long jump, javelin, and discuss. The word modern was added to distinguish the current version of the sport from the ancient times, which was associated with an ideal soldier defending the castle. The event was first held at the 1912 Olympic Games and was won by Swedish athlete Gösta Lilliehöök. Since then, the sport has featured at every Games. It took a considerable length of time and a lot of lobbying before the first event for women was created at the 1977 World Championships. Today a World Championship is held every year with events for individual and teams for both men and women. This also includes relay and mixed relay events.

Laser run – is the final event of the competition, or also forms part of a world tour that combines laser shooting and running.

Biathle – a competition consisting of swimming and running

Triathle – a competition consisting of swimming, running and laser shooting 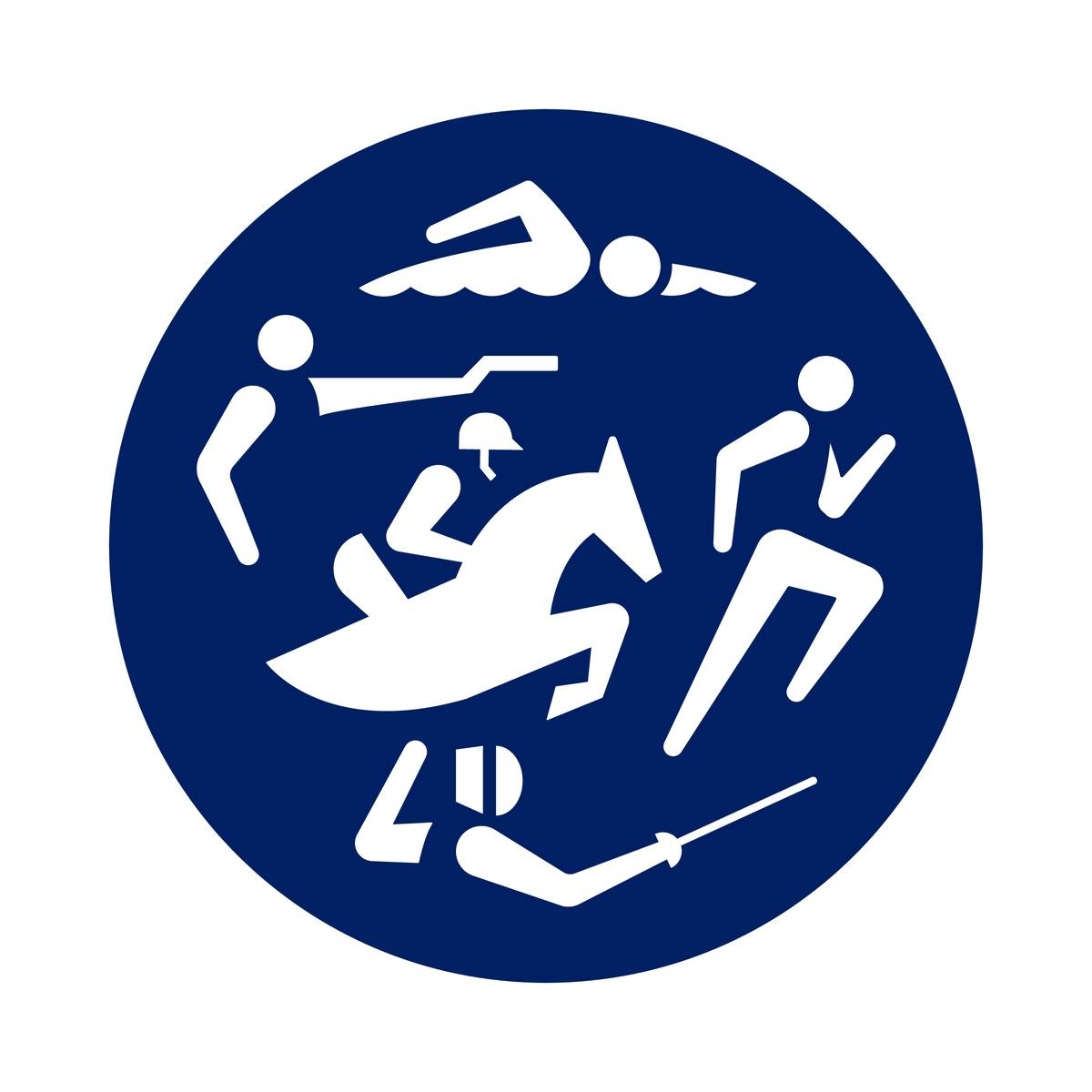