Capoeira is a Brazilian martial art that combines elements of dance, acrobatics, and music. The combat sport was developed by enslaved Africans in Brazil in the early 1700s, when the Portuguese bought, sold, traded, and transported primarily people from Angola. Portugal, controlling the vast territory of Brazil, received nearly 40% of the Atlantic slave trade from this region. Originally the ritual dance was called N’golo/Engolo that included several aspects of kicking, slap boxing, headbutting, deception, evasion, and even walking on one's hands. This could be applied to both a combat and warfare setting, known as N’singa/enginga. The difference of N’golo is that it included weapons and grappling. It was during the Atlantic slave trade that this tradition was transferred to Brazil, the Caribbean and the United States. A vast number of Angolan slaves were also taken to Madagascar and a version of this combat warfare still survives today known as Moringue.

By the time slavery was ended in Brazil, capoeristas had more time to practice the art, which further added to the growth in the country. Liberated slaves would gather in settlements known as quilombos, which also attracted other groups fleeing colonial oppression. For these communities, capoeira evolved from a survival tool to a martial art focused on war. By the 1920s, authorities relaxed its enforcement on prohibition, leading to other martial arts incorporating techniques from capoeira into their own practices. It took a further fifty years before capoeira masters took the martial art to the world, helping it become internationally recognized and practiced. Capoeira achieved a major milestone from its past when in November 2014 it was granted a special protected status as intangible cultural heritage by UNESCO.

Today the martial art has achieved further status with the management it gets from the World Capoeira Federation (WCF), who has among many the primary objective to promote capoeira as a sport worldwide. Despite the drive for growth and development, WCF ensures the sport remains as a cultural heritage of Brazil staying true to its historical roots and philosophy. As with all sports, the goal is recognition by the International Olympic Committee (IOC) and ultimately inclusion to the Olympic program. This the federation will hope to achieve through the increase of members and greater athlete participation. 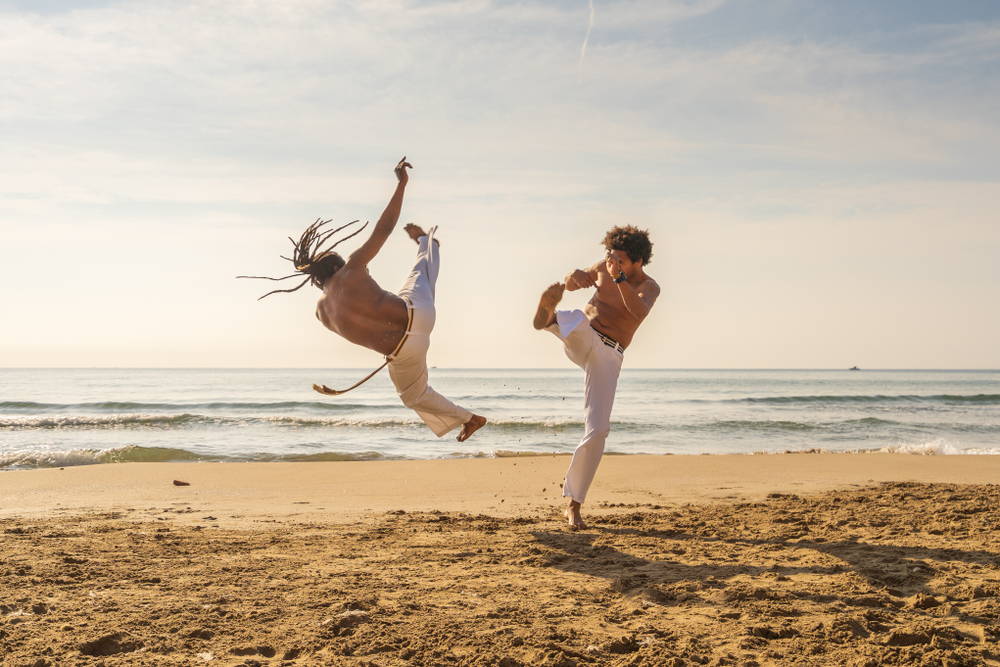