Jukskei is a sport that originated in South Africa and is most likely nearer to three hundred years old. It is believed to have been first played in the Cape of Good Hope by transport riders of wagons. The wooden pins of the yokes of the oxen were used to throw at a peg that was planted into the ground. It was during 1939 that the sport became more organized with unions and rules formalized. Teams are normally made up of four players, but the game can also be played in pairs or singles.

A peg is planted in the ground about 11 to 16 metres from a starting point. The length depends on the age and gender of the players. The objective is to knock over the peg, with each successful attempt awarded three points. If the peg cannot be dislodged, then points are awarded to the pins nearest to the peg. Teams face each on opposite sides of the playing area, so play can take place in both directions. The first team to reach 23 points wins. Should a team pass 23 points, they start at zero points again.

The International Jukskei Federation (IJF) is the world governing body for the sport. The federation was founded in 1979 with the mission to promote sustainable development of jukskei participation worldwide. 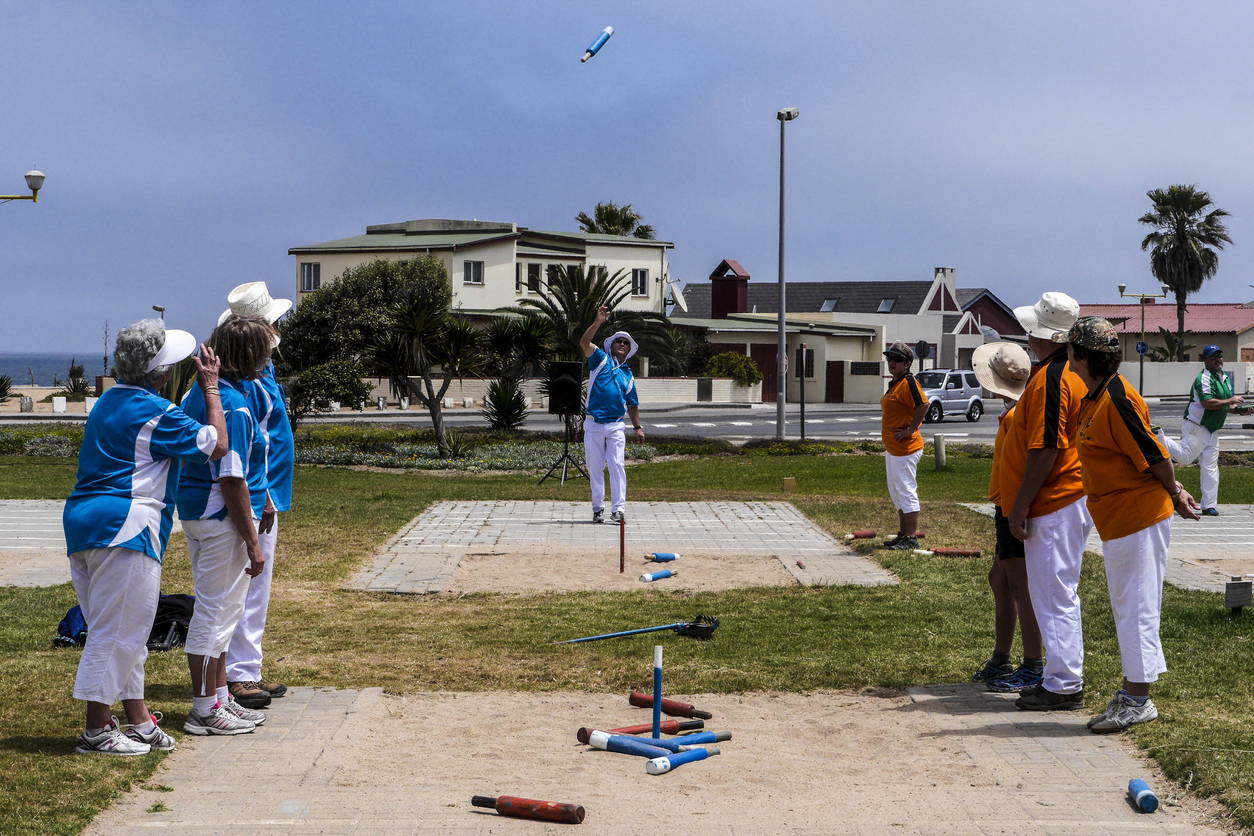