Croquet is the inspiration behind the Japanese mallet team sport named gateball. It was developed in the late 1940s during a time in Japan where there was a severe shortage of rubber that would normally be used for making balls for other sports. The inventor was Suzuki Kazunobu who worked in the lumber industry in the northern island of Hokkaido. The idea came to him to make the balls and the mallet from wood instead, and from there he created a game aimed at the younger generation. The rules were also revised from croquet and nearly a decade later the popularity rose to a wider participation, especially among the women’s societies and senior citizens within Kumamoto City. To regulate the growing sport better, the Kumamoto Gateball Association was established in 1962 with the purpose of codifying a local set of rules. The breakthrough came when the local game was demonstrated at a fitness convention in the city in 1976. The popularity took off from there and it was not long before gateball became known all around the country. The Japanese Gateball Union was founded in 1984 together with the establishment of a unified set of rules. A year later the World Gateball Union (WGU) was formed joining up with nations like China, Korea, Brazil, USA and Taiwan.

Gateball is a fast-paced game open to all age groups and genders. It appeals to many as it is non-contact and requires a high level of strategic gameplay. The game is contested between two teams of five players. The field is rectangular and normally up to 25 metres by 20 metres. Each team plays with five balls with the colour either red or white. A player plays with the same ball throughout the match. The objective is to hit the ball through the small gate. If this is achieved and assuming the ball is still on the court, they proceed to the next gate. Should the ball leave the court, a player resumes from the point where the ball exited the court. One point is awarded for successfully passing through the gate and two points for hitting the goal-pole. The winning team collects the most points within a 30-minute period. Gateball has appeared in the World Games as an exhibition event in 2001. The World Gateball Championships feature every four years. 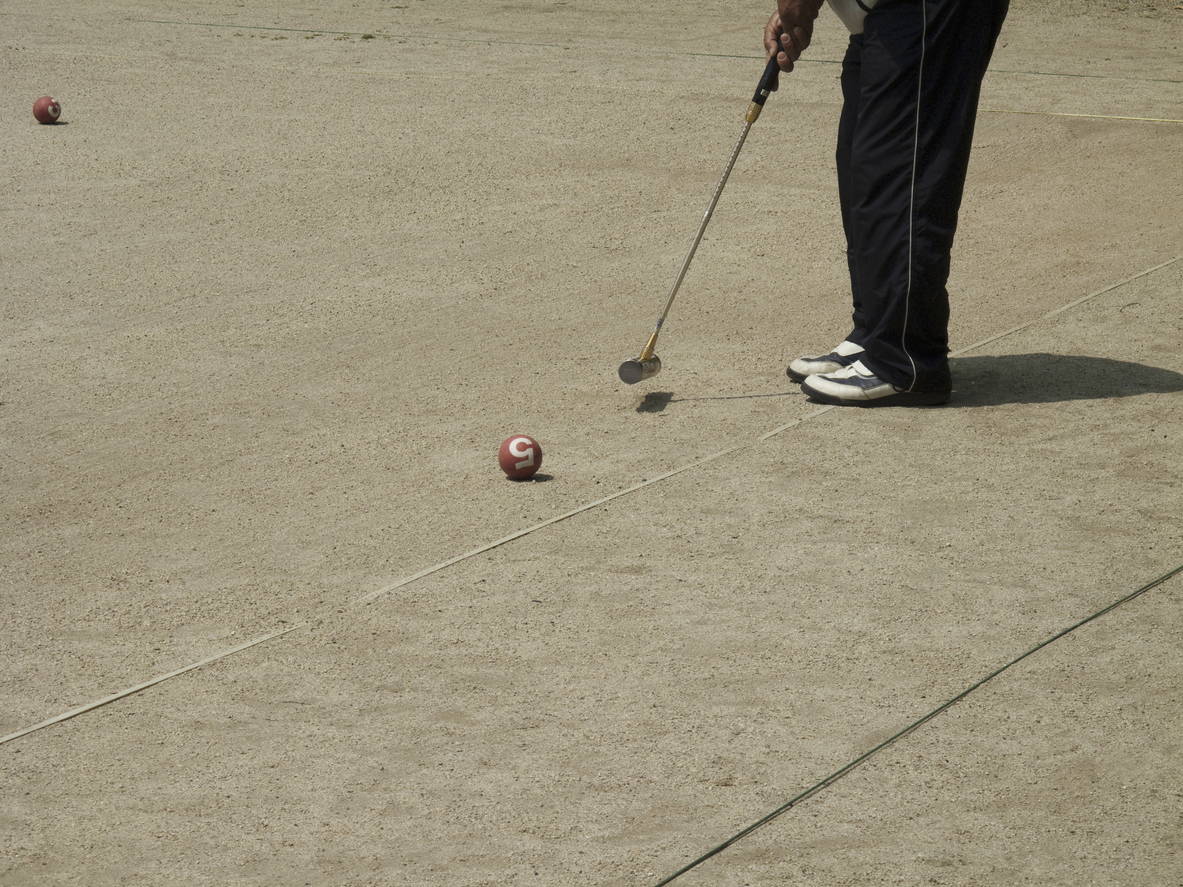